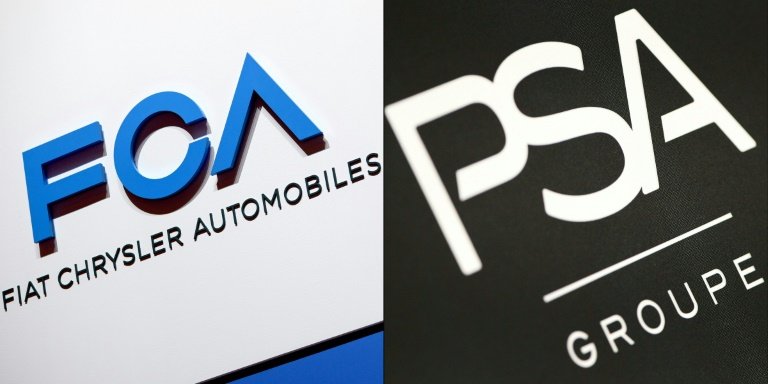 The long-awaited 50/50 tie-up, which was delayed by the Covid-19 pandemic, is seen as crucial for the two groups to undertake the investment necessary to transition to clean car technology.

The new company will bring together producers such as Peugeot, Citroen, Fiat, Chrysler, Jeep, Alfa Romeo and Maserati, each of which will continue under their own brand names. The 14 Stellantis brands will account for about nine percent of the global auto market. Together they produced eight million vehicles in 2019.

Ranking behind global rivals such as Volkswagen, Renault-Nissan-Mitsubishi and Toyota, Stellantis will be the fourth-largest automaker by volume and the third-largest by revenue, with a workforce of over 400,000.

John Elkann, Fiat chairman and scion of Italy's storied Agnelli family, will retain his role at Stellantis in what he has called "a challenging era".

"The coming decade will redefine mobility: we are intent on playing a leading role in building this new future," Elkann said earlier this month after the shareholders gave their blessing to what he called the "historic merger".

On Monday the new group Stellantis, the name derived from the Latin verb "stello" meaning to brighten with stars, will launch on the Milan and Paris stock exchanges followed by its debut in the New York stock market the following day.

In November PS chief Carlos Tavares warned that "only the most agile, with a Darwinian spirit, will survive".

On Tuesday Tavares, as Stellantis chief executive officer, will hold the new group's first news conference, laying out the vison for the newly merged automaker.

The challenges are many, to turn the range of vehicles to electric-power, to coax back into the new car market drivers who have switched to used cars or rentals, plus the ongoing coronavirus pandemic which is putting major dents into many industries.

Matthias Heck of Moody's sees the merger as a good thing for both the French and Italian makers because it will "improve their global coverage, they can collaborate at the technological level and in various segments and will save money through the synergies and experience of PSA, which has been able to set the right price and manage its costs".

The European Commission had been worried the merger could affect competition in Europe's lucrative van market, with PSA and Fiat Chrysler together accounting for 34 percent of market share.

To assuage those concerns, the commission said PSA would continue an agreement with Toyota to manufacture vans to be sold under the Japanese brand in Europe.

PSA and Fiat-Chrysler estimate that their marriage will allow up to five billion euros worth of savings through synergies both in the production costs and research.

Such savings will please shareholders but are a worry to the two workforces.

On the trade union side, most saw the merger as inevitable, but remain on their guard.

"Let's see in a year," said Olivier Lefebvre, a delegate of the French FO union.