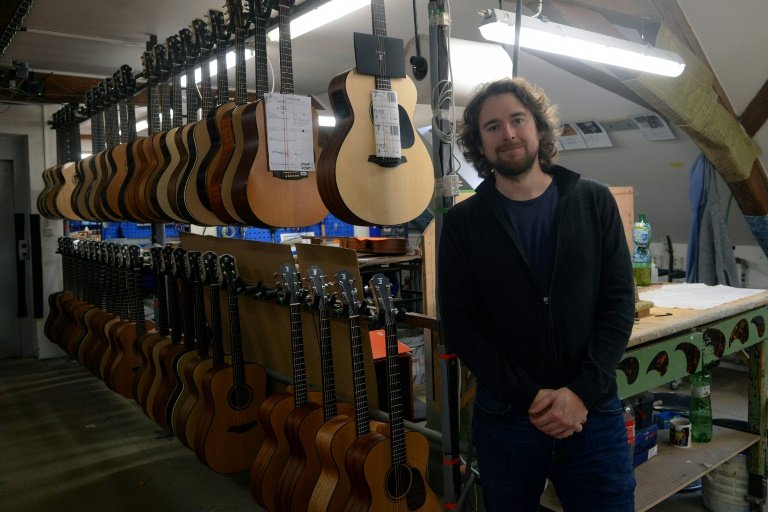 Petr Furch, son of company founder Frantisek Furch and the current chief executive of the Furch family company poses with their guitars in their production centre in Velke Nemcice, Czech Republic. / © AFP

Born during a shortage of guitars in former Communist-ruled Czechoslovakia, the Furch family company is now selling instruments to global stars out of its workshop in a former mill.

It's a far cry from the company's early days.

"I had a little green notebook and I took down the names of buyers. It kept growing nicely, but it was also dangerous because private business was illegal then," company founder Frantisek Furch told AFP.

The 62-year-old former metalworker sold his first guitar in 1981, when then-Czechoslovakia had eight more years to live under Moscow's rule.

He risked up to ten years in prison until 1988, when the Communist government allowed private businesses. 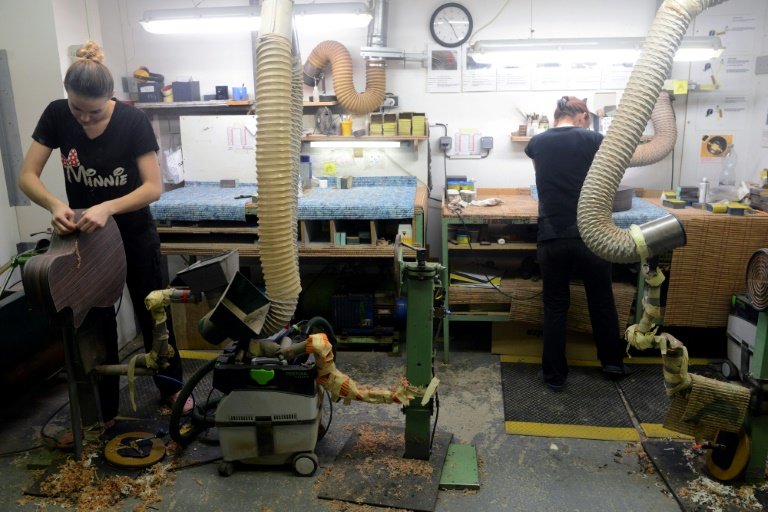 Employees of the Furch family company work on a guitar in the workshop. / © AFP

A year later, the Communist regime fell and Czechoslovakia went on to split peacefully into the Czech Republic and Slovakia in 1993.

Furch, who made a guitar in two months at first, started to grow. In 1990, he already had seven employees. He makes only acoustic guitars, mainly from imported wood.

He also made his first foreign sale -- a mandolin -- that year.

Now, the company has more than 60 employees and churns out 7,000 guitars annually, selling to Germany, Scandinavia, France, Japan, Britain and the United States, as well as to the Czech market.

"We are quite different from the others," said Frantisek Furch's son Petr, the current chief executive. 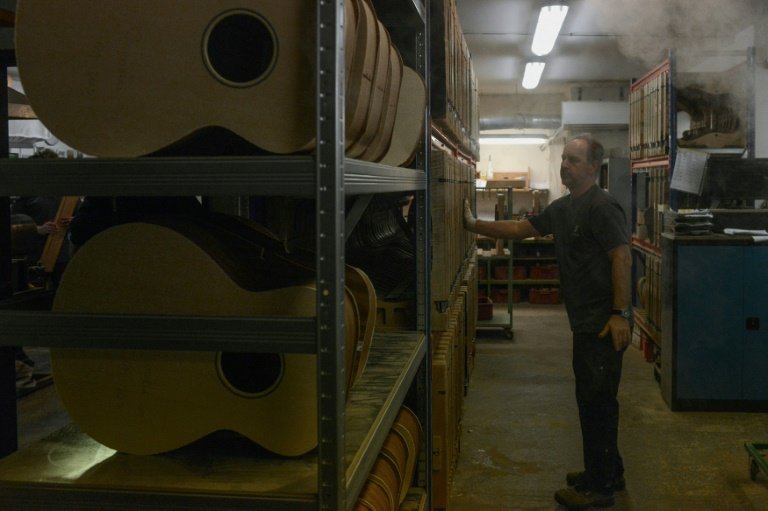 An employee checks on guitars in the drying room in the Furch family workshop in Velke Nemcice, Czech Republic. / © AFP

"Our guitars comprise lots of know-how you can't see. There are dozens to hundreds of details whose combination makes the sound and the quality of the product," the 36-year-old said.

Furch supplies guitars to many Czech musicians, including the award-winning singer and songwriter Thom Artway.

"I love the story of the family, that's simply fascinating," the 27-year-old told AFP.

"And then, the guitar understands the tones I want to play, it knows how I want to play them and it simply does what I want," he added.

The company has just opened a distribution centre in the US music hub of Nashville, Tennessee and Frantisek Furch relishes the thought of top artists playing his guitars.

"I'm happy that the offers come from their side, not from ours, and that we have so many personalities among our customers," he said, before adding: "I guess Eric Clapton could show up too some day."