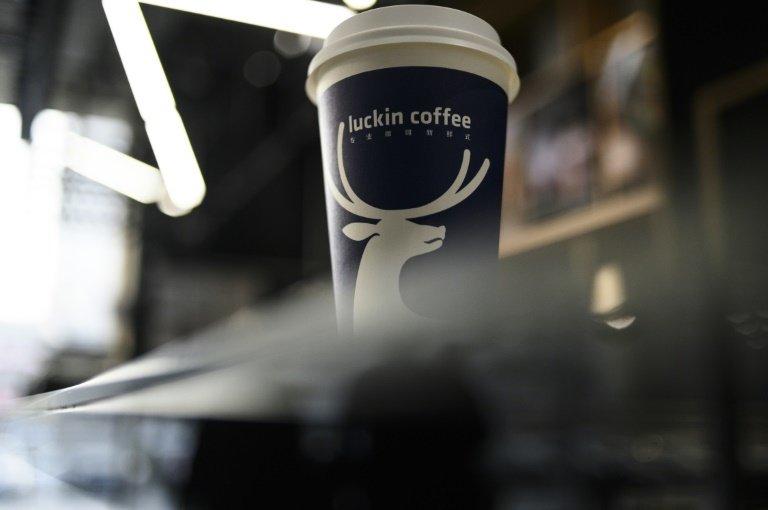 Luckin Coffee had hoped to dethrone Starbucks in China / © AFP

Luckin Coffee, a Starbucks rival in China, said Saturday it will delist from the Nasdaq following a massive fraud scandal that sent its share price plummeting.

The chain fired its chief executive Jenny Zhiya Qian and chief operating officer Liu Jian in May after an internal investigation into fabricated transactions.

Liu has been accused of faking 2.2 billion yuan ($310 million) worth of sales in 2019, the company revealed in April, sending its shares into freefall.

"Luckin Coffee will suspend trading on the Nasdaq on June 29 and file for delisting," the company said, after abandoning plans to appeal a Nasdaq order to delist.

Luckin said its operations would continue at its more than 4,000 stores across China.

The chain was launched in 2017 and raised $561 million in its initial public offering less than two years later. Shares soared by 50 percent when it began trading.

It had hoped to dethrone Starbucks in China by pursuing an aggressive growth strategy, enticing customers with an app-based purchasing model which prioritised takeaway and delivery options, and generous mobile coupons.

By the end of last year it had more outlets than Starbucks and investors had touted the company's potential to go global.

The company will hold a meeting next month to consider the dismissal of several members of its management team.