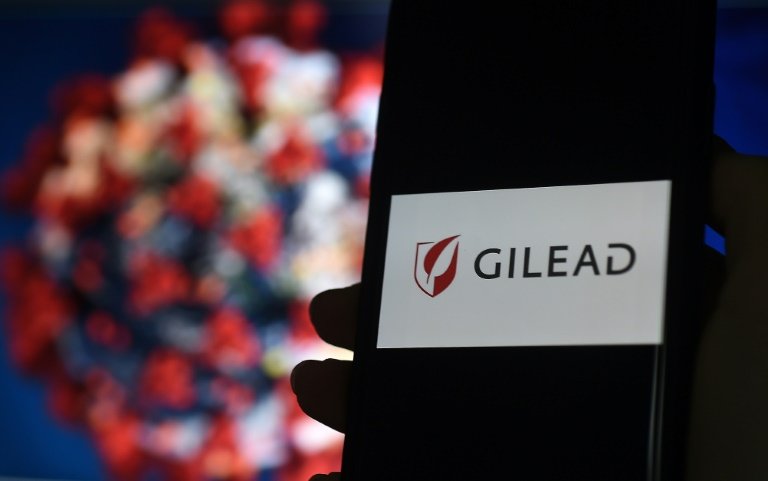 Gilead Chief Executive said in a statement Saturday that if the drug was approved, 'we will work to ensure affordability and access so that remdesivir is available to patients with the greatest need' / © AFP

More than 150 organisations and individuals on Monday urged US biotechnology firm Gilead not to enforce exclusivity over a drug that might be used to treat COVID-19 patients.

In an open letter, 145 non-governmental organisations, including Doctors Without Borders (MSF) and Oxfam, and 12 individuals claimed Gilead Sciences held primary patents of remdesivir in more than 70 countries.

That meant they could block generic development of the drug until 2031.

The open letter to Gilead chief executive Daniel O'Day was circulated by MSF.

"We write to request that Gilead take immediate actions to ensure rapid availability, affordability and accessibility of its experimental therapy remdesivir for the treatment of COVID-19, pending the results of the clinical trials demonstrating its efficacy," it said.

"We are seriously concerned with Gilead's current approach to remdesivir, which may obscure access to this potentially critical treatment for COVID-19."

The letter said it was "unacceptable for Gilead's remdesivir to be put under the company's exclusive control".

It urged Gilead to declare that it would not claim and enforce exclusivity.

"An exclusivity and monopoly-based approach will fail the world in combating the COVID-19 pandemic. Gilead must act in the public interest now," the letter concluded.

Remdesivir is not new per se, having been developed to fight other viruses including Ebola, where it was shown to be ineffective. It has not yet been approved for anything.

But it is in the last phase of clinical trials in China and elsewhere in Asia, and doctors have reported that it is effective in combating the new coronavirus.

Only through randomised clinical trials however will scientists know for sure if the treatment works.

"There's only one drug right now that we think may have real efficacy. And that's remdesivir," World Health Organization official Bruce Aylward told journalists in China earlier this month.

In an open letter from O'Day, posted Saturday on Gilead's website, he said the firm hoped remdesivir would prove to be a safe and effective treatment.

"If it is approved, we will work to ensure affordability and access so that remdesivir is available to patients with the greatest need," he said.

According to Bank of America analysts quoted in the US press, Gilead could pocket up to $2.5 billion thanks to its anti-viral drug.