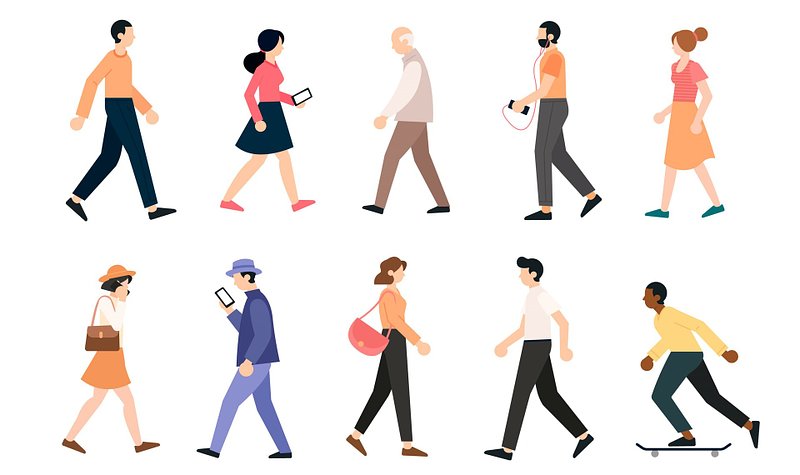 On average, men in Luxembourg leave the parental home later than women, get married later, and die younger.

The saving grace? Men are just as happy with their lives as women in the Grand Duchy, and despite being in generally poorer shape, are more likely than women to perceive their health as good.

All these statistics and more are in Eurostat's 'The life of women and men in Europe' 2022 edition. The interactive guide highlights variations in the lives of men and women across the EU and EFTA countries.

The guide deals with averages, but for the sake of clarity and concision we will simplify and refer to 'women' and 'men'. These statistical people should be taken with a grain of salt. Clearly no couple has 2.1 children, for instance.

Nevertheless, they allow us to make objective comparisons between the sexes and across countries.

Below, we've picked out key themes relating to Luxembourg, and compared these to the EU averages.

The first article in this series looks at living and ageing. There's a wealth of data though, so future editions will consider learning and earning, and nutrition, sports and internet usage.

Across the EU, women leave home earlier than men and get married earlier too. Women also tend to live longer. 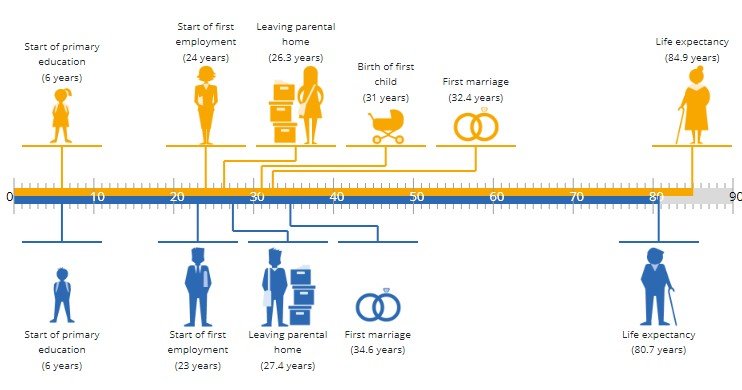 Across Europe, there are 5% more women than men. The situation is reversed in Luxembourg, however, where there are 98.7 women for every 100 men. 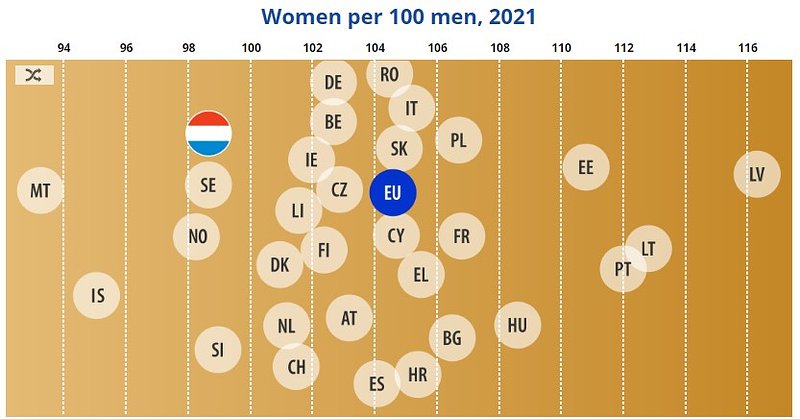 With above-average life expectancy, you would expect people in Luxembourg to perceive themselves as particularly healthy.

Notice something else? Across the board, men are more likely to perceive themselves as healthy than women. This despite the fact that they have shorter life expectancies.

What about the pursuit of happiness?

Our putative statistical woman is pretty happy with how things are going, reporting an overall life satisfaction of 7.4 out of 10. This is a modest step above the EU average of 7.1. 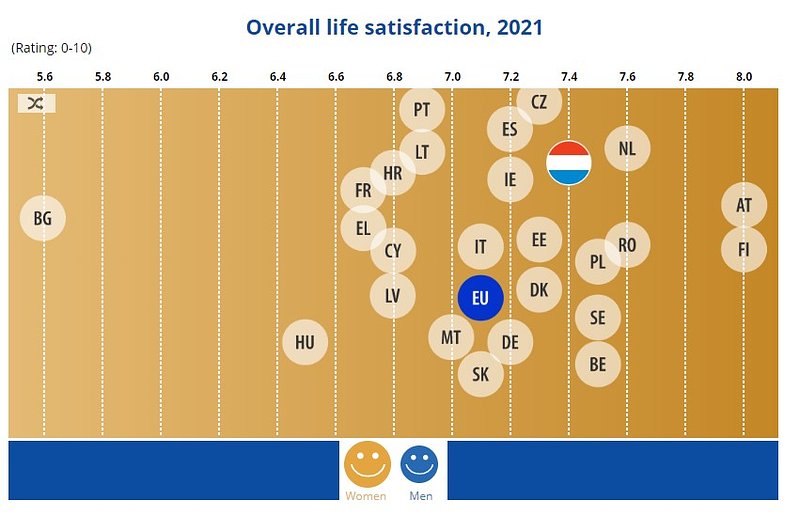 Our statistical man, however, has lost his optimism bias. In this case, he's just as satisfied as the statistical woman, reporting an overall life satisfaction of 7.4 out of 10. The EU average is just below at 7.2. 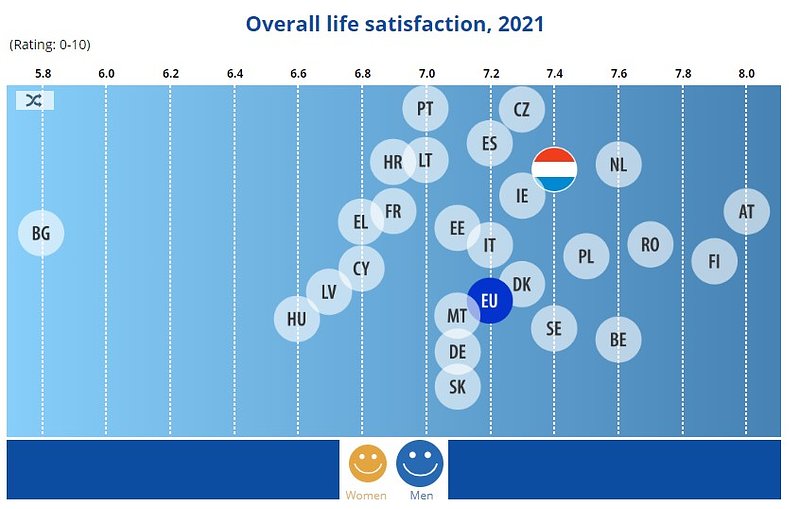 According to a separate measure, the World Happiness Report, Luxembourgers are a particularly cheerful bunch.

But these statistics suggest that, while residents of the Grand Duchy aren't a dour bunch, they also aren't a remarkably happy people. They're just about content with their lot.