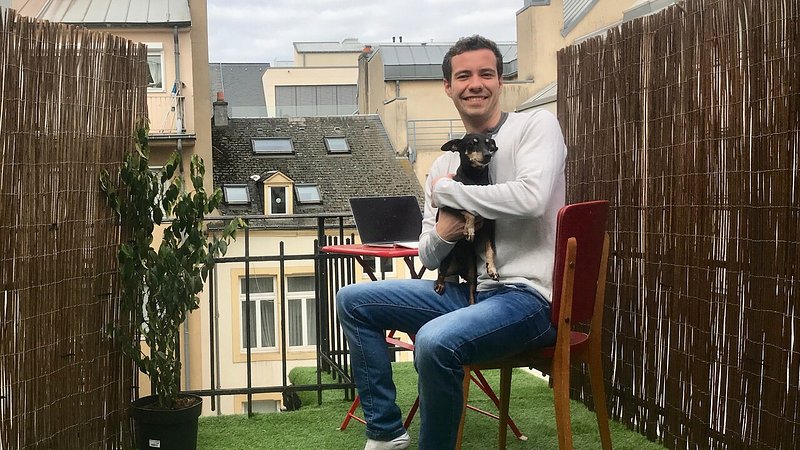 The tables have turned and we talk to Gerry about how his work life as a journalist has changed these days, as breaking news determine most of the day and more people than ever rely on their work.

I think the biggest change is that we have much longer working hours and longer days because we simply have much more to cover. News are fast-breaking at the moment, pretty much around the clock. I would say work has become a bit more stressful – but not necessarily in a bad way, if that makes sense. From a journalistic viewpoint you usually don't complain if a lot is happening.

Most of us are now also working at home. I had actually just moved to my new flat when the new measures were implemented. Yes, it’s been a bit of a challenge. Lots of unpacked boxes, no furniture except my bed and a tiny desk that the previous tenant left here. Oh, and I’m using my neighbour’s wifi at the moment; I basically had to ask him for a favour straight away the first time I met him. But I guess that’s the blessing in disguise of this crisis: ironically enough, people seem to be closer again.

I miss the office a bit. It was always quite lively there. Especially when I won against our esteemed senior editor at ping pong. Now I spend long days alone in my room, which can be draining. Interviews and all that we also tend to do from home, so I’d say the way we work has changed a fair bit.

As our readers know, we also have those live tickers and live updates during government press briefings, often several times a week. That’s quite new – and quite challenging. You basically have to listen, translate in your head, and write all at the same time. No time to edit, so basically you just pray you don’t make a really embarrassing grammar mistake. But again, it’s stressful in a good way. I feel like we’re doing our best to keep expats and other people who might not speak Luxembourgish or French informed and updated. That’s quite rewarding, especially since we got quite a bit of positive feedback from expats.  I feel like the crisis has somehow brought us closer to our readers.

We try to find a balance. If there are negative facts or developments, then the public deserves to know but, at the same time, we also cover the more positive news. There was for example a story about a 101-year-old Italian who recovered from the virus, stuff like that. At the same time, it’s always a fine line. Too many negative news, you get accused of fuelling panic. Too many positive news, you get accused of downplaying the situation and the risks. So, we basically try to find a middle ground, to make it clear to the reader that the situation is serious all while avoiding sensationalism. I think very negative news (like the daily updates on new infections) just get a lot of attention on social media, so more people will see those.

Most of all I look forward to live interviews and mobile journalism. Getting out of the office, in other words my room, will also be quite nice. 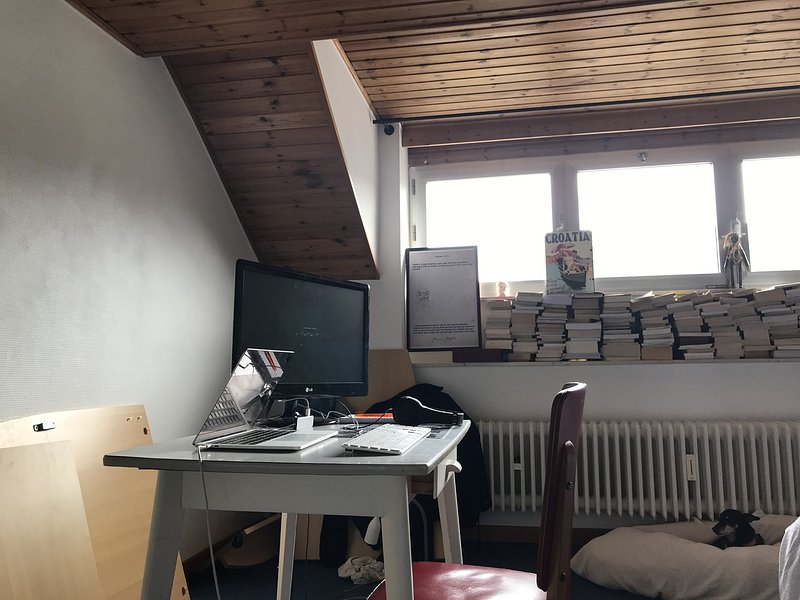 I would like to write more outdoor or culture-related articles. I usually prefer more serious social topics but at the moment I mostly look forward to doing more light-hearted pieces again. How about “Luxembourg’s most beautiful benches”? Yes, that´s a weird obsession Luxembourg seems to have. And who doesn’t like a beautiful bench once we’re again free to roam the country?

“WHO officially declares end of pandemic.” or:

“No new infections in Luxembourg for a month, pandemic officially under control.”

Everything is still a little bit makeshift; I have unpacked some of the boxes but everything looks a little bit rudimentary but I have my bed so I can't complain!

First thing is to look at our own live ticker, especially if I did not have the evening shift the night before. Then it's the usual process of checking emails for official press releases, having a look at what our Luxembourgish colleagues at rll.lu have covered, and browsing AFP, Reuters and international media outlets. Usually also French and German sources, I guess that's the advantage of being from Luxembourg and speaking several languages.

I am still reading quite a bit. And I am going out for walks more, which is kind of the only freedom that you have left. And my dog loves it. It made me rediscover how beautiful Luxembourg City is!