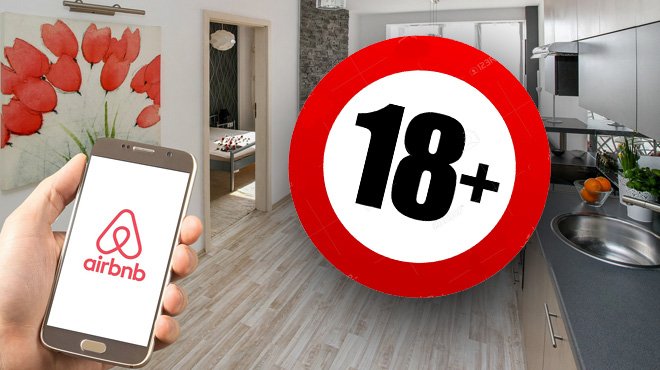 Marie, a Paris native, had a bizarre experience in 2017. She regularly rented out her apartment on Airbnb without issues... until she discovered her apartment had served as the backdrop for a pornographic film.

She had collected her keys from the visitors after a 5 day rental without finding any damage, but a week later, the caretaker of her building contacted her to advise the neighbours had complained about "sexual noise" emanating from the flat.

It transpired the apartment had been used to film pornographic material for Jacquie et Michel, one of the largest French companies in the industry. Marie said she had found a video on the site in which her apartment was clearly recognisable. She said she felt dirty and couldn't use her home for weeks, describing the experience as traumatic.

She filed a complaint against the Jacquie et Michel site, but lost in the first instance. As a gesture of goodwill, Airbnb paid 3,740 euros as property damage. The victim bought a new sofa and a new carpet. Airbnb has since removed the tenant's account from the platform.

Marie no longer rents her apartment on Airbnb and has filed a complaint against the actress who made the reservation. She has requested damages for moral prejudice and invasion of privacy since the video filmed at her home has now been viewed more than 3 million times.