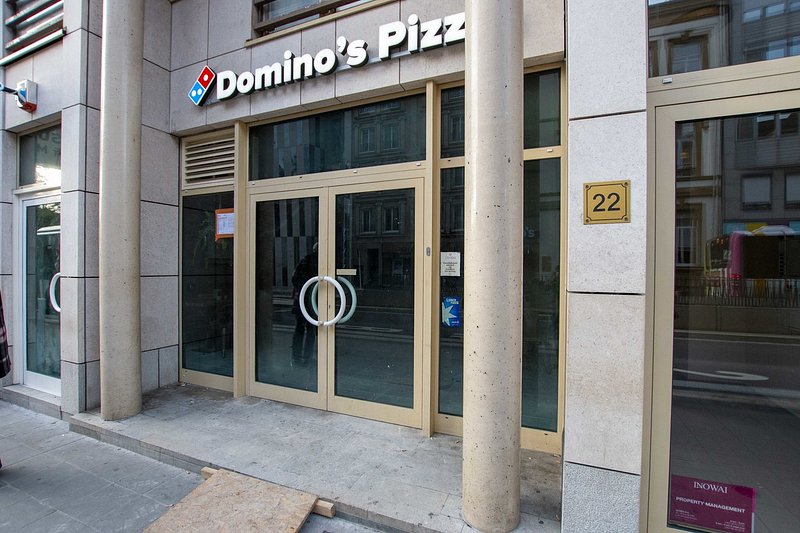 As announced last year, the American pizza franchise will open its first outlet in Luxembourg in mid-December.

In summer 2018, Misja Vroom, the CEO for the Benelux arm of Domino's Pizza, described the Luxembourg market as having enormous potential, sparking rumours of the franchise opening in the Grand Duchy. Now, in a matter of weeks, the US pizza giant will open in the capital.

The first Luxembourg Domino's Pizza will open in mid-December on Avenue Monterey, in the centre of Luxembourg City, as confirmed by Marianne Kemps, Benelux communications officer for the group.

Work on the restaurant is said to be going well, with a training period required for the team, said Kemps, who also announced the  50-seat restaurant would provide twenty jobs.

With pizza delivery forming the crux of the brand's offerings, drivers for the new restaurant will be equipped with electric bicycles and scooters.

After 300 addresses in the Netherlands (450 planned), 87 in Belgium (150 to come), the group announced its intentions to open a dozen points of sale in the Grand Duchy, both in the capital and other cities. The main goal is to deliver pizza within nine minutes of leaving the oven, said Kemps.

It is not yet known if Luxembourg will benefit from special recipes, but the restaurant is expected to be popular.