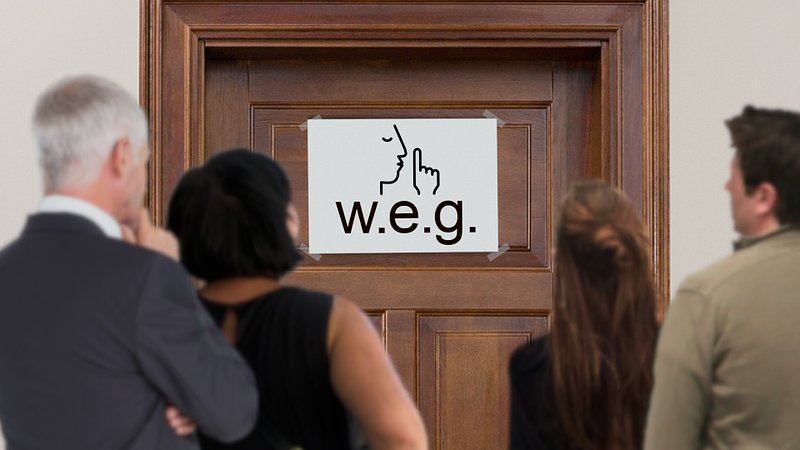 In what appears to be an attempt to confuse innocent people, three mysterious and seemingly random letters have been posted on the door of a Luxembourg commune.

The letters, along with a bizarre image of a person raising a finger, baffled four expats who had planned on taking care of some routine administrative matters.

“Sorry, but does anyone know what w-e-g means?” said Pedro Morais, 29, who moved to Luxembourg just last week and wanted to register his arrival.

Priya Rathod, 36, who relocated to Luxembourg in 2016, suggested the letters formed some kind of riddle and that to enter the office, they would need to solve it.

Mahalia Minhas, 43, who has lived in Luxembourg since 2012, asked if anyone spoke Latin.

“It’s like R.I.P. and stuff like that,” she said. “Perhaps it means we need to wait, or go to another entrance.”

Yannick Bouffant, 53, who moved to the Grand Duchy all the way back in 2003 and is therefore considered by many to be an expat elder, then spoke.

“Clearly it’s a magic word, an incantation, just like ‘open sesame’ in ‘Ali Baba and the 40 Thieves,’” he said. “If we want to be granted access to the commune, we must chant it.”

At long last the door opened, and a grey-haired man in a short-sleeved checked shirt tucked into outdated blue jeans appeared.

Despite his friendly demeanor, the mystery continued to deepen when the man gave what seemed to be instructions – yet in an unusual and totally incomprehensible language.