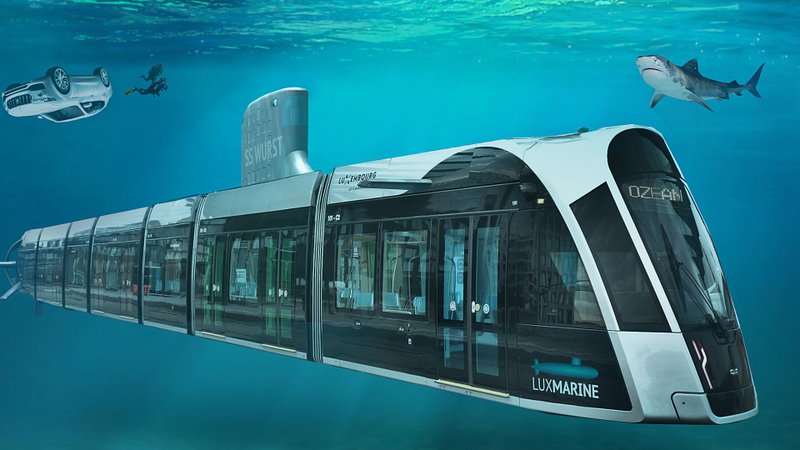 Following heavy rains that left many parts of Luxembourg under water, VDL officials have confirmed that the tram can also function as a submarine.

“Some people laughed when we went over budget because we insisted on doors that can keep water out as deep as 10 meters below the water,” said VDL spokesperson Mo Biliteit. “Now who’s laughing?”

“Not only will passengers be able to zip through the water like a shark chasing a seal, but they can also get a close look at local marine life,” he added.

While Biliteit won’t divulge all the technical details, insiders say the tram submarine can go at least twice as fast as it does on land. They also say it’s armed with tiny torpedoes that drivers can shoot at obstacles such as sunken cars and large fish.

“The only thing is that we forgot to stock the tram cars with oxygen, so we’re asking passengers to hold their breath and not talk during the ride.”

While commuters in Luxembourg City will be able to enjoy first-class underwater travel, commuters outside the city have to find other means of getting to work.

According to one survey, as many as half of all commuters in Esch plan on taking a boat to work, while up to a quarter of residents of Dudelange say they’re going to find their old snorkeling gear and swim to work.