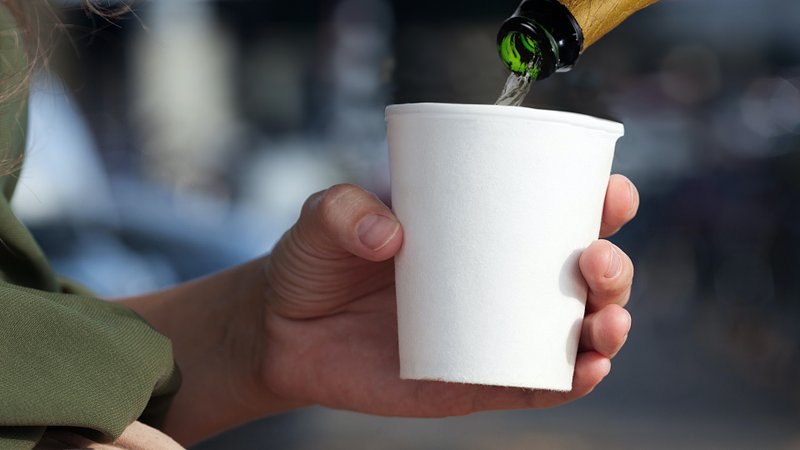 Police are praising the heroic actions of two Luxembourg City women who stopped a reckless and ill-informed man who was on the verge of serving crémant in paper cups.

The scene unfolded in Merl Park around 5:30 p.m. on Wednesday when friends Eva Hansen and Anne-Sophie Thibault heard the sound of a bottle being uncorked, followed by a scream and laughter.

They spotted a man on the balcony of a nearby apartment holding a rotund, slender-necked bottle from which crémant appeared to be spilling.

“This guy didn’t even know how to open the bottle correctly, and I thought, my god, he’s dangerous,” Hansen said. “When I saw him reach for a stack of paper cups, I knew we had to do something.”

Hansen and Thibault screamed and waved their arms to get the man’s attention, but he was too distracted by dancing to Cardi B’s “I Like It,” he later explained.

That’s when Thibault, an athlete and skilled climber, sprinted to the building and expertly climbed up to the second-floor balcony where the man and several guests were having an impromptu party.

“He was just about to pour the liquid into the first cup when I tackled him and got him in a jiu-jitsu hold,” Thibault said. “I managed to save most of the crémant, which I gave to the police for safekeeping until they could find someone who knew how to properly handle it.”

The man, Rob Hausmann, 34, a stay-at-home father who only moved to Luxembourg a year ago, was at first angry about the incident but soon admitted his total ignorance of all things good and decent.

“I had some friends over, and one of them brought some of the ol’ bubbly, so I figured it would be better to use paper cups to make cleaning up easier,” he said. “What difference does it make how you drink champagne? The point is to get a buzz.”

Experts say that in addition to ruining the taste and possibly critically offending the person who brought the bottle, serving crémant in paper cups might result in tiny bits of wet paper that could present a choking hazard to hamsters, lizards, and other small pets that enjoy a secret drink from time to time.