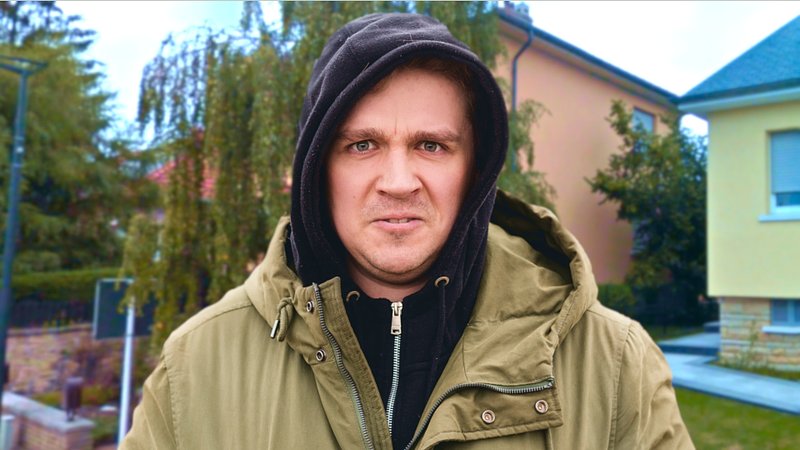 A tourist who got stranded in Strassen during a road trip across Europe has been found alive and well and with his mind mostly intact, according to rescuers.

Randall Cunicky and two friends were driving on the A6 motorway in Luxembourg last week when they experienced car trouble and took the Luxembourg City/Strassen exit.

A series of mishaps and Cunicky losing his phone led to the group being separated, with Cunicky ultimately being left behind in Strassen while the other two went on to Germany.

Confused and underwhelmed by the quiet streets and lack of drinking establishments, Cunicky was struck by an extreme boredom. The ennui became so great that he eventually had to find shelter in a nondescript hotel so that he might be able to watch television.

“Several times I ventured out to find signs of life and ask for help, but all I saw were nice houses and expensive cars parked in driveways. I never saw an actual person go in or out.”

Cunicky says that his boredom became so intense that he would spend hours walking up and down Route d’Arlon, his only source of entertainment being the cars that struggled to fit into the two narrow east-bound lanes.

“I also checked out some furniture shops and a high-end clothes shop, but everything was way out of my budget,” Cunicky said.

“I also found an electronics shop,” he added. “I thought I might be able to borrow a phone from someone inside so that I could call my friends to save me, but I don’t know anyone’s phone number anyway.”

Later, when he had nearly given up hope of ever making it out of Strassen, he ventured nearly a kilometer towards the setting sun and found what turned out to be a public swimming pool.

“I said hallelujah because I love swimming and I desperately needed a bit of fun,” he said. “But I hadn’t booked a spot so they wouldn't let me in.”

Cunicky says that while he doesn't want to repeat the experience, spending seven days in Strassen wasn’t as bad as one might fear.

“I never felt I was in danger, and I never sensed that people in Strassen were against me or for me,” he said. “Which pretty much sums it up.”