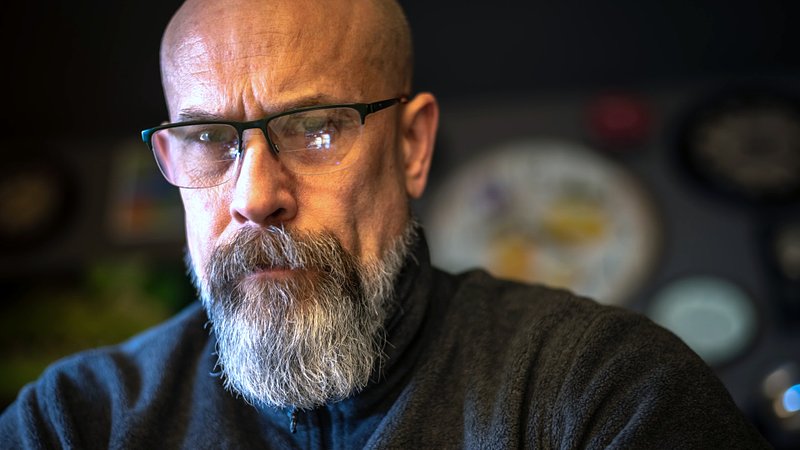 A man who once complained that people in Luxembourg City “aren’t very warm” and “don’t go out of their way to make you feel welcome” has grown into one of them.

Kenneth Sanger moved to the Grand Duchy nine years ago after his partner got a job as a cow whisperer at a farm near Mersch.

Wanting to be close to the capital, which Sanger read was “cosmopolitan yet retains a certain rustic charm,” they found a rental near the city center.

Only minutes after moving in did he begin to complain, in this case about a neighbor who only helped to carry a heavy box after the struggling Sanger whined like a kitten in need of milk.

In the weeks and months that followed, Sanger turned into an amateur cultural anthropologist, carefully and spitefully noting instances when people were friendly – or more often, not.

Soon, his bitterness transformed from a simple case of confirmation bias into a mad obsession, with Sanger even writing dozens of drafts of a biting memoir called “Nobody Talks to Me or Smiles Here.”

However, as the years passed and Sanger grew a warm, protective beard, he made peace with the culture of reservedness, and he even suggested in a letter to the prime minister that the national slogan be changed to “Let’s just leave each other alone, shall we?”

“I’ve come to value personal space and privacy, which I now understand is key to happiness,” he said. “It’s only natural that I grant others the same respect by not burdening them with unwanted smiles, hollow inquiries about their lives, or insincere and presumptuous slaps on the back.”

According to sources from within Sanger’s household, he has done an about-face and now carefully records instances in which people, particularly newcomers, are socially intrusive or exceedingly friendly. He’s begun a new memoir, this one called “Whoa! No Need to Get Close.”

His behavior has prompted one new arrival, who is incidentally from Sanger’s home country although neither man will ever know it, to say, “Looks like someone froze that guy’s face.”