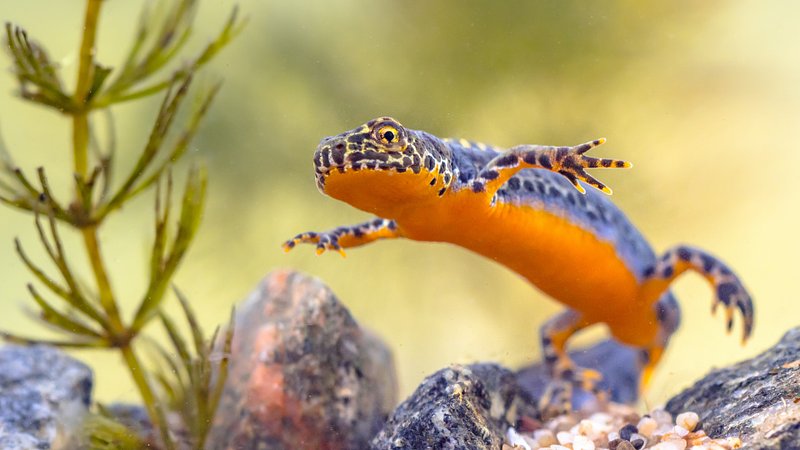 Following centuries of insistence that the legendary Melusina was a woman who happened to have a fish tail, scientists now say it’s pretty clear she was probably more like a salamander.

“It’s not because I’ve got a PhD in biology that I can say she was an amphibian,” said Dr. Claudine Max of the University of Wiltz. “Any 10-year-old who has sat through a lesson about animal classification could tell you the same thing.”

“Vertebrates are divided into five major groups, and mammal-fish isn’t one of them, nor is human with scales.”

In the 10th century, the beautiful Melusina agreed to marry Count Siegfried – the founder of Luxembourg – as long as she could remain near the Alzette and keep her privacy, according to accounts.

After they got married, the curious count was unable to resist, so one day he peeked in her changing room and saw her tail, causing her to leap into the river and never return.

“It’s time we abandon the belief that Melusina had long flowing hair and a busty top while looking like a salmon on the bottom,” Max said. “As an salamander, she probably had no hair at all, beady yellow eyes, and a thin layer of slime all over her orange and black spotted body.”

“If you saw her coming your way, you’d probably run away, assuming you didn’t lose consciousness first,” she continued. “As for why Count Siegfried was attracted to her, I haven’t any idea.”

Max says that while she’s quite certain her theory is correct and that Melusina was a salamander, there may be more to the story than we know.

“What if Melusina wasn’t actually as big as a human, as we assume?” Max says. “It’s possible she was the size of a normal salamander, in which case the count could have simply hidden her in his pocket and avoided making up a silly and scientifically impossible story.”