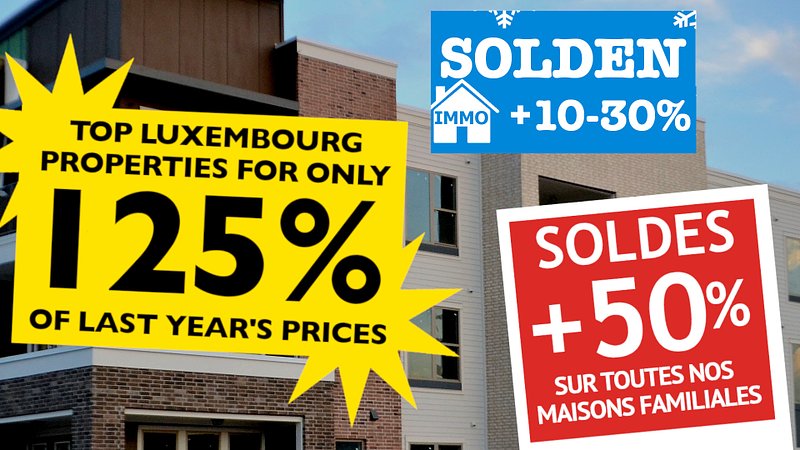 Now that the sales period has begun, property sellers in Luxembourg are offering homes for a solid fraction above their usual prices.

Real estate investor Landon Richer says this period is one of his favorite times to raise prices by 10, 20, or even 50 percent.

“We’re slashing prices upwards and giving ourselves the best deals on new and used homes,” he said. “I’ll sell you a three-bedroom duplex for only a one and a half times more than what you’d usually pay.”

Yolanda van der Geld of Domino Property, which owns 12 residential units, says the sales season is a great time to get rid of overpriced homes and make space for newer, even more overpriced houses.

“Buy now at five percent over market value and we’ll throw in a parking space for 150k that is also totally not worth it,” she said.

Paul Terre-Geist, a renter who has been living in an attic studio in Bettembourg since 2010, says the excitement of the sales has prompted him to buy without giving it much thought.

Physical therapist Pietra Gamba says she just wants to buy a place for a price that will totally shock her parents, but not necessarily give them heart attacks.