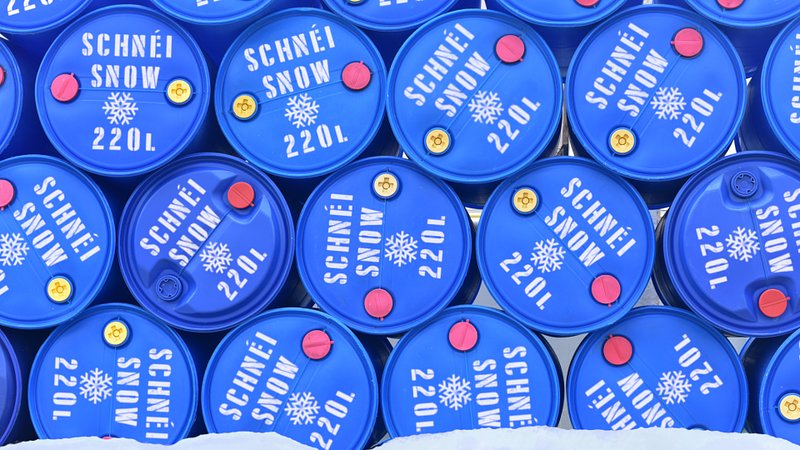 Following last week’s crystallized precipitation that is being described as “too precious to lose to rising temperatures,” a massive operation has been launched to collect and preserve what remains of the snowfall.

Hundreds of volunteers, mainly operating in the northern part of the country, have already gathered several tons which they’ve packed into plastic drums and transported to refrigerated storage units.

The contents will be saved for upcoming years and might be donated to schools or spread over hills and fields for public use, they say.

“Everyone who loves sledding and having snowball fights should go outside and immediately salvage any snow you find,” said Kevin Schneimann, president of the Luxembourg Snow Appreciation Society. “This could be the last time we see naturally occurring snow for a long time.”

Sabine Aiskal, a snow enthusiast from Sanem, says she’s done her part by packing her freezer with snow she recovered from her garden over the weekend.

“It’s not much, but it should be enough to build a snow person, or maybe a snow hobbit,” she said. “Or more realistically, a snow hamster.”

Experts say that many children in Luxembourg nowadays are only familiar with weather phenomena like rain and snow-rain and have never seen snow in real life.

“I didn’t know what it was either,” he added. “To be honest, I thought it was powdered sugar.”

Differdange snow connoisseur Hugues Flocon, who says he remembers when snow was so common that people literally shovelled it into lakes and rivers, drove 60 kilometers to find a patch he describes as “immaculate.”

“In terms of compactness and purity, I’d give it a solid B, and as for flakiness, I’d say 8.3 out of 10,” he said following an impromptu field tasting with his partner. “Overall, a very fine snow that may be bottled, frozen, and aged or consumed immediately.”