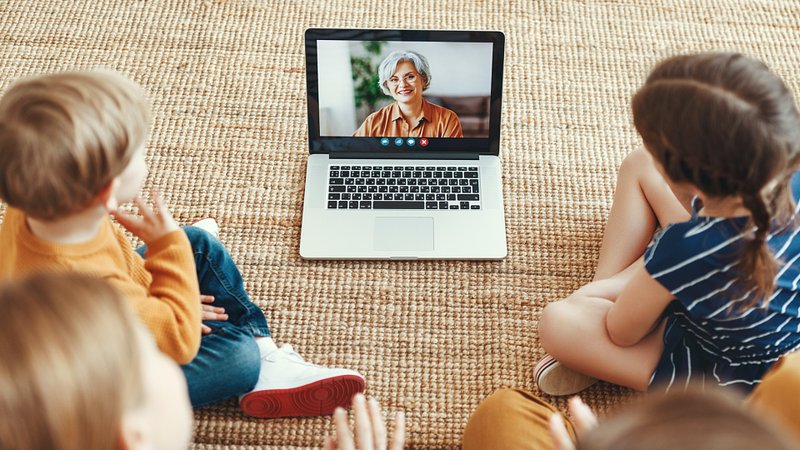 Wearing an impeccable poker face, a grandmother from abroad has explained in a Zoom session with her Luxembourg grandkids that Santa Claus accidentally sent her Amazon gift cards meant for them.

“I told Santa not to worry about it, that I’d just transfer the claim codes to you,” said Catherine Harper, known to the children as Nana.

“Santa’s very embarrassed, as you can imagine,” she continued. “But considering I have the same last name as you, it’s a very reasonable mistake, one that any 1000-year-old elf lord could make.”

“Speaking of confusion, you know what?” she added. “He told me that he wasn’t sure if he should get you gift cards for Amazon.fr, Amazon.co.uk, or Amazon.de, so he just chose the ones for Germany.”

When one of the grandkids asked why Santa didn’t deliver the items to their home in the first place, Harper didn’t flinch.

“It makes perfect sense, really,” she said, her 63-year-old brain evaluating dozens of possible excuses. “He told me that your country has been experiencing a lot of rain, and he didn’t want his Reindeer bringing you any more of it.”

While three of the four children accepted this very logical explanation, the eldest remained skeptical.

“To buy stuff on Amazon, you have to pay with a credit card,” the nine-year-old said. “Does Santa even have a bank account?”

With four sets of inquisitive eyes now on her, Harper had to think quickly.

“Don’t tell a soul I told you this,” she said. “Santa Claus and Amazon have a working partnership. The poor old man just couldn’t keep up the operation on his own.”