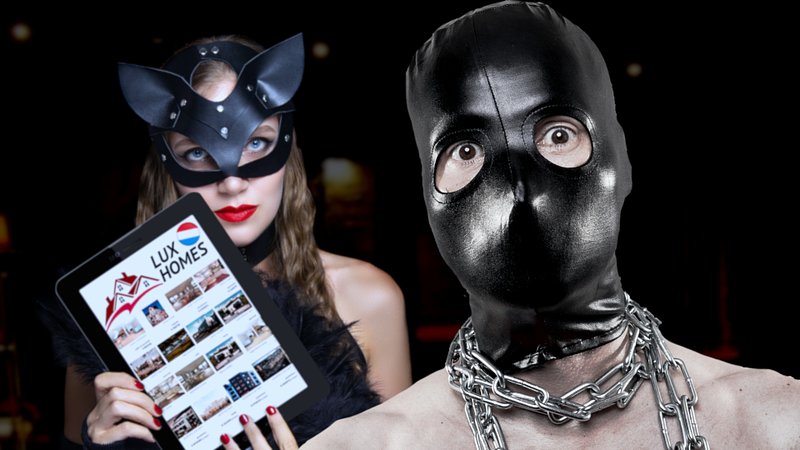 On Wednesday, the hour-long session started with bondage and then moved on to the more painful practice of mocking the man about his small salary and inability to get a home loan.

While beating him with a leather snake whip, she forced him to repeat the figure – 160,920 euros – over and over until he could hardly breathe. Still, the pain and humiliation weren't enough.

“Mistress Dawn, please show me the homes for sale in Luxembourg City,” he said. “I need it.”

“Mistress Dawn, on my street there’s a two-bedroom flat that sold five years ago for 450,000 euros,” he said. “I had thought about trying to buy it because it was the only place remotely in my budget, but I decided it was simply too ugly.”

“This morning, I noticed it was back on the market,” he continued. “Mistress Dawn, please, I need to know how much it’s going for today.”

“Mistress Dawn, I’ve been a very bad boy and I deserve my punishment,” the man said. “Please, tell me the price.”

“Bubble,” he said at last, using the safe word they had agreed would put an end to the torment. “Property bubble, Mistress Dawn. Property bubble.”