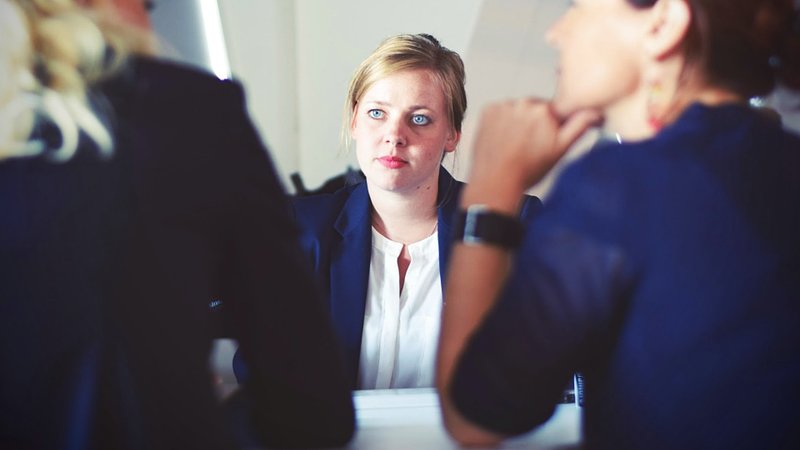 An expat who works in Capellen is recovering after a scary, morale-threatening six-minute plunge into total Luxembourgish.

The incident occurred on Tuesday while Rachel Larson, who moved to Luxembourg two years ago, was having lunch at a restaurant with her office mates Annick Krier and Sylvie Wagner.

“We’d just ordered our plats du jour and everything was going fine,” Larson said. “In fact, we were having a very pleasant conversation in English about my new hobby, which is making knitted phone cases, when suddenly they switched into Luxembourgish.”

Larson says she attempted to direct the conversation back into English, and at one point she even pretended she was choking on a piece of bread so that the two women would ask her in English if she was okay.

However, they ignored her and continued speaking their native language for several terrifying minutes.

“I felt like I was underwater,” Larson said. “It was like no one could hear me. I wanted to scream for help, but I don’t know the Luxembourgish word for that.”

As quickly as the switch to Luxembourgish had occurred, when the food arrived, the two women broke back into English, with Krier telling Larson that her fish looked delicious.

However, the damage had been done. Dizzy, confused, and emotionally drained, Larson only picked at her food and said little for the rest of the lunch, even as Krier and Wagner tried to get her to talk about her home country, her feelings about the weather in Luxembourg, and her new hobby.

Hours later, when Larson was recounting the horrifying ordeal to English-speaking colleagues in the canteen, she tried in vain to find a good reason for the plunge into Luxembourgish.

“Were they talking about something embarrassing, like some kind of weird infection one of them had?” she said. “Were they making fun of my new shoes?”

“Annick lived in London for three years and speaks perfect English, and Sylvie’s English is pretty good,” she added. “What did I do to deserve that?