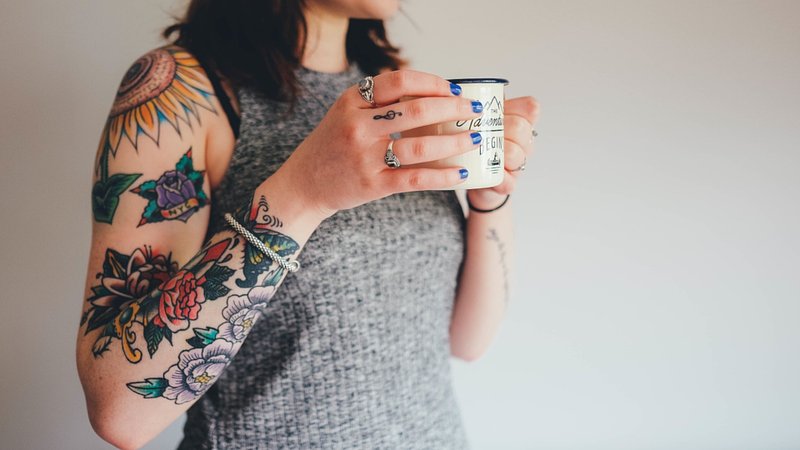 A Luxembourg City woman has been released from employment by a foyer scolaire after it was revealed that her arm tattoos, which are generally a requirement for all staff, were fake.

The deception was uncovered on Wednesday afternoon by an observant five-year-old who noticed that the sunflower on the 25-year-old woman’s shoulder had begun to peel off.

Spilling a bowl of orange slices as a diversion, the boy pulled at the edge of the tattoo until it was completely removed.

“Word got around the foyer that there was an imposter, so we all ran as fast as we could,” said another worker, sporting an awesome image of a skull-faced 1940s pin-up girl on her bicep.

The furious colleagues surrounded the fraudster as she tearfully admitted that she’d won the phony tattoos at last year’s Schueberfouer.

“We try to ensure that everyone working here is adequately inked up with killer tats, but we were not careful enough in this case,” said the foyer’s director.

“But we do have a perfect record of verifying that applicants’ ear, lip, nose, and eyebrow piercings are legit,” he continued. “Not these clip-ons that any Josy Schmosy can get at Claire’s on Avenue de la Gare for two euros.”

“And not that we require our people to wear skeleton-themed rings and necklaces, but it does help to integrate with the team,” he added.

A source from within the secretive upper echelons of the Service Foyer says there is talk about using hair dryers as part of the hiring process to test if applicants’ tattoos curl or melt after exposure to heat.

This is the second time this year that an employee of a childcare center in Luxembourg has been ousted for having falsified credentials. In February, a worker at a crèche in Bettembourg was let go after it was discovered that she was not, in fact, a chainsmoker capable of sucking down three cigarettes during a single ten-minute break, but only pretended to be.