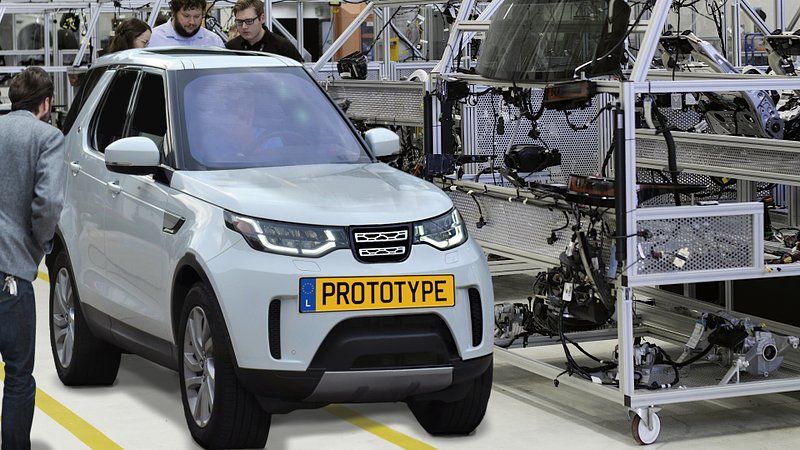 A group of engineering students from the University of Wiltz have built a car that can actually be parked in Luxembourg City’s underground Parking du Théâtre without scratching the sides of the vehicle.

Modelled on a Range Rover, the vehicle is only 120 centimeters wide and 165 centimeters tall, which means that most drivers will be able navigate the tight corners and low ceilings without losing a side-view mirror or scraping the top of the car off, which currently happens in the parking garage every four minutes, according to one estimate.

“The Parking du Théâtre was built hundreds of years ago when instead of driving cars, people rode small goats for personal transportation,” said Joran Koltar, professor of engineering and necromancy who oversaw the project. “Also, at the time, the height of the average adult was just over 110 centimeters.”

Koltar says the Parking du Théâtre must have seemed perfectly adequate for all their goat-parking needs.

“They would have never imagined the need to build something big enough for today’s full-sized vehicles,” he said.

Thom Reede, a 44-year-old financial advisor who has lived in Luxembourg for six years, says he’s relieved that someone is finally addressing the Parking du Théâtre issue. He calculates that over the years, he’s destroyed 13 leased luxury SUVs while trying to enter.

“I know better, but sometimes I’m in a hurry and can’t find a place in the street,” he said. “I used to park in the middle of Place d’Armes and leave my hazard lights on, but then I’d run out my battery and someone also told me that’s illegal.”

Despite the positive feedback the students have received for their design, they are aware that putting the car on the market could negatively impact local automotive shops, which are believed to pull in some six billion euros per year from repairing damages caused by the Parking du Théâtre.