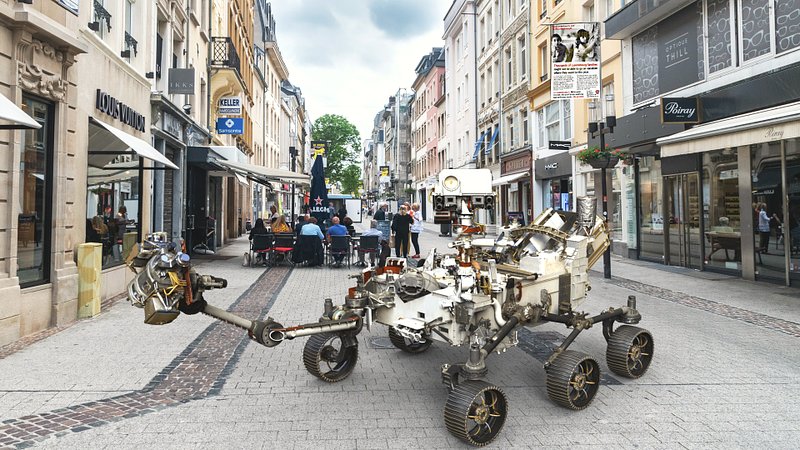 After spending nearly four weeks exploring the surface of Luxembourg City and its surroundings, a rover sent by the U.S. space agency NASA has failed to find signs of life here.

“We had good reason to believe that there would be life in Luxembourg,” said project head Roberta Desoleet. “Through telescopes we’ve observed the existence of at least one large summer street party, and it’s a known fact that you spend more money per capita on alcohol than all other EU countries.”

Desoleet says she and her team chose to send the rover in August, believing it to be the peak of summer fun, especially because the month concludes with the Schueberfouer.

“But there’s nothing,” she said. “Granted this is a peculiar time in history, but I’ve personally seen more fun in a retirement home for narcoleptic monks.”

During its time in Luxembourg, the rover traversed most major streets of the capital, as well as parts of Strassen, Bertrange, and Merl. It also explored several forests and a recycling center where an employee tried to throw it in with used home appliances. One night it even found itself getting offered drugs by the Gare.

“Dead, dead, dead,” Desoleet said. “Honestly, even when the rover did encounter groups of people in the street, they were rarely talking above a whisper.”

Desoleet says that one time the rover observed a group of teenagers laughing loudly and drinking beer in a park, so her team ordered the rover to make contact and collect spit samples.

“But when the rover approached and said ‘hey, want to party?’ they got all quiet and awkward,” she said. “And not one of them even acknowledged the fact that a three-meter-long space bot was talking to them.”

“Aren’t you, like, a wealthy international center for something or another?” she added. “Honestly, you should all be dancing in the streets from dusk to dawn.”

Desoleet says that on Wednesday evening the rover became so despondent about not finding signs of life that it bought a bottle of Maagbitter Buff and sat alone drinking in Place d’Armes, using its high-tech communications system to pick up a really cool Latino hip-hop radio station from Bogota.

No one from NASA has heard from the rover since then, but officials have reason to believe it gave up on its original mission and instead hitchhiked to Amsterdam.