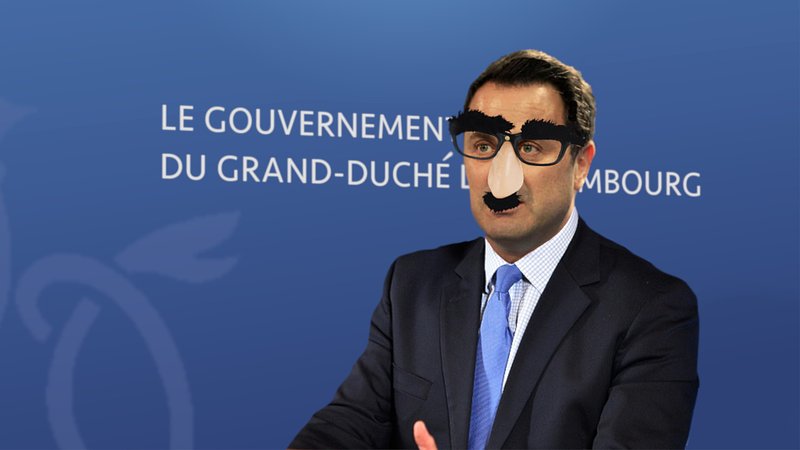 Following reports that Germany and other countries are restricting entries from Luxembourg due to a growing number of COVID-19 cases in the Grand Duchy, a mysterious new government official has announced that the number of cases of COVID-19 here is actually zero.

The correction was delivered late Wednesday night at a press conference attended by a few sleepy journalists who had been hastily assembled.

“Good evening, my name is Javier Betelo and I’m from the Office of Corrections,” he said, adjusting his nose which appeared to be sliding down his face. “My office has the final say about information released by the government, even if it comes from Prime MInister Xavier Bettel himself.”

Betelo admits that the government has been reporting alarming figures, but he insists these figures are false.

“We might have said we had 100 new cases in 24 hours, but that’s not what we meant,” Betelo said. “We meant 100 new faces. Lots of new faces in Luxembourg these days. Lots of people moving here.”

Betelo says the government might have also reported a rise in the overall number of infected people, but that this was based on a misunderstanding.

“It’s like that old telephone game, where you sit in a line and whisper something to the next person, and she whispers it to the next, and so on,” he said. “And by the time the last person hears the message, it’s all jumbled.”

“Which is what happened in the case of our reporting,” he continued. “The health official didn’t say, ‘we’re experiencing a rise in the number of infected people.’”

“He said, ‘those who make good pies are highly respected people.’”

Betelo went on to say that we’re all quite healthy here, thank you very much, and that there’s no reason for any country to worry.

“Do we have new COVID-19 cases in Luxembourg?” he said. “No cases, actually, None at all. Guess Germany will have to open up those borders again, eh?”