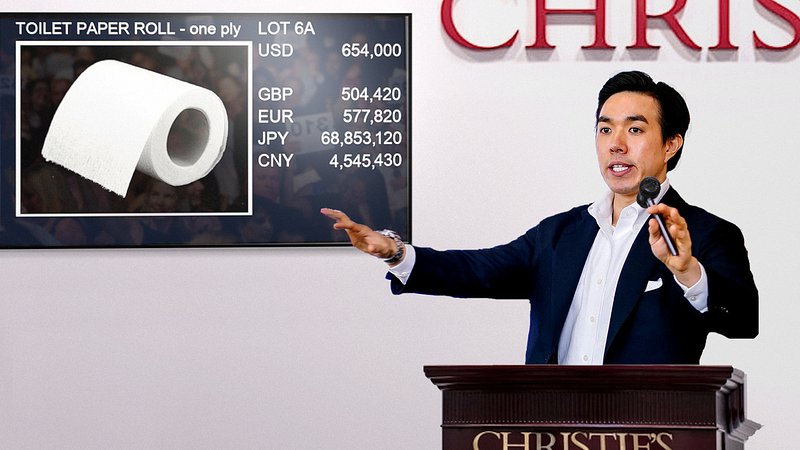 A roll of toilet paper, which is being called “the last of its kind,” has been sold in London for more than half of a million euros.

The sale was made at Christie’s auction house on Wednesday, where the bidding started at fifty cents and quickly shot up.

It’s not clear if the anonymous buyer wants the roll for personal use or if it was bought as an investment. Either way, experts say it was a very sensible acquisition.

“There just isn’t any more toilet paper in the world,” said Nino Arveladze, one of the world’s foremost experts on toiletries. “Sure, a month ago there were literally billions of rolls just like it, but not anymore.”

“Yes, it’s only single-ply, but it appears to be a very sturdy product, one that will offer its user a great experience,” she added.

“The item’s value will certainly appreciate, and I wouldn’t be surprised to see it being resold in a few months for twice as much,” he said. “Assuming it’s not used first, in which case its value would drop to near zero.”