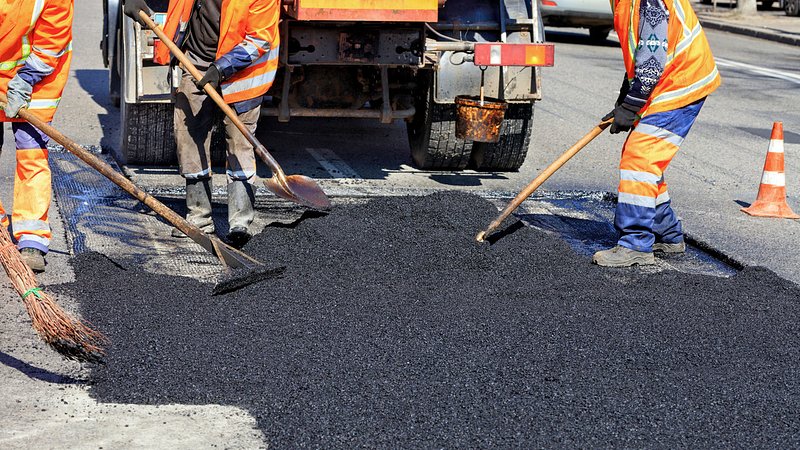 Answering a question that has been plaguing residents of a street in Rollingergrund for more than a year, the foreman of a roadworks crew has admitted that they all suffer from a similar obsessive-compulsive disorder and that each hole must be dug and filled exactly nine times.

“Why nine?” said Michael Hobrack, whose team began a project to install new water lines last year. “Because it’s a great number, that’s why. It’s pretty and round, and it has a perfectly designed handle on one side.”

Hobrack has the full support of the team in his insistence on digging and filling all holes nine times.

“Eight is obviously like yuck, a big fat blob of jam on your shirt,” said Rodrigo Barros. “And don’t even get me started about 10. I can’t imagine a more awful number of times to do something, as far as obsessive compulsions go.”

“Nine is three sets of three,” said Victor Schmitz. “Do you understand now? Nine is perfect.”

Hobrack confesses that one time he and his crew dug and filled a five-meter-long trench the requisite number of times, but that due to a moment of confusion, they accidentally dug and filled the trench a tenth time.

“Man, we felt terrible after that,” he said. “It was like having a pebble stuck in your boot, or a mosquito fly in your ear and buzz around your brain for a few days, which incidentally did happen to a good friend of mine, may he rest in peace.”

“So we paved over the hole, dusted it in a good centimeter of dirt to make it look old, and started all over,” he added. “It took us an extra three weeks, but we did it. Nine more times.”