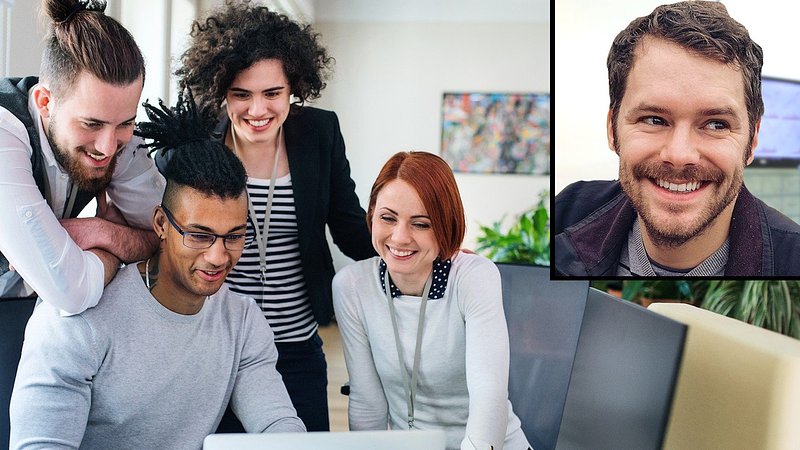 CAPELLEN -- Proving that Christmas magic can happen but just not this year, when the employees of a software company found out the new guy would be alone on Christmas, they decided to do something special: totally avoid him until at least the 27th.

On Thursday morning, communication officer Francesca Loreto was the first to learn that Shawn Dunn was not going home to Canada for the holidays.

“Shawn asked if I had big plans for Christmas, so I said yeah, that I’d be with my large, ever-growing, and welcoming family in Kayl,” she said. “Then I said, what about you?”

“He said he might go shopping on Christmas to keep himself occupied because he has nothing else to do,'' Loreto said. “I didn’t have the heart to tell him that all the shops here are closed for Christmas. I mumbled ‘good plan’ and ran away.”

Marius Brandt was the second colleague to learn about Dunn’s predicament and consequently the second one to make a mental note to stay away from him.

“He wanted to know what I was doing for Christmas, so I explained that like every year, I am going to spend it with my family in Saarbrucken, eating delicious regional specialties and drinking non-stop for two full days,” Brandt said. “He mentioned something about being alone, which caused an alarm to go off in my head. I lied about needing to use the toilet and I’ve been hiding from him since then.”

By the end of the day, word had spread that Dunn was making passive efforts to get invited to someone’s house. The decision was taken to create a three-metre perimeter around him until late next week and to avoid all eye contact. Also, emails from him would be marked as unread and addressed later.

“He’s actually very nice, and someone really ought to ask him to join their gathering,” said front-end developer Adele Kachura, who is celebrating Christmas with her husband’s jovial family in Metz. “But not us. Leave the charity work to someone else.”

According to one source, by Thursday evening Dunn had launched a Facebook appeal, saying that if anyone would invite him for Christmas he’d bring wine, dessert, a crisp 100-euro note, and that he’d clean up after himself and leave by 8:30 p.m.