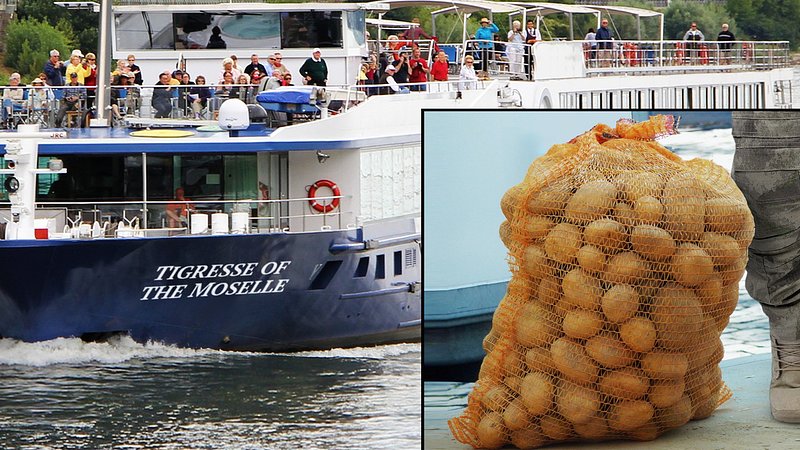 REMICH -- Members of a Luxembourgish Navy special forces unit have rescued as many as 400 potatoes that were being held captive in a foreign-registered ship.

The ship, called Tigress of the Moselle, was transporting passengers on a full-day pleasure cruise when a Luxembourgish intelligence unit learned it was also carrying an unknown number of high-quality potatoes grown on a farm near Mersch.

“Those potatoes were homegrown, they were innocent, and they belonged to us,” said Captain Marco Trausch, who led the operation. “We weren’t going to let them end up in some silly German hot potato salad, or sadistically sliced up for a French gratin dauphinois.”

The amphibious assault was carried out around 9:45 a.m. on Wednesday and involved as many as six members of the special forces unit. They boarded the vessel and stormed into the galley where the potatoes were being guarded by two cooks and a mustachioed chef.

“I’m happy to report that the team faced only minor resistance,” Traush said. “The chef did try to counterattack using a comically long wooden spoon, but his clumsy attempts to repel highly trained commandos only resulted in a good laugh.”

“And another crew member shouted obscenities at us,” he continued, “but in a language we don’t understand, so no one’s feelings were hurt.”

Trausch says the shaken but relieved potatoes were escorted into two large mesh sacks before being loaded into a high-speed patrol boat that sported the Luxembourgish flag.

The potatoes were rushed to a field kitchen near Remich where they were checked for bruises and rot. Later, they were peeled, grated, and turned into a lovely batch of Gromperekichelchen that was shared with delighted local school children.