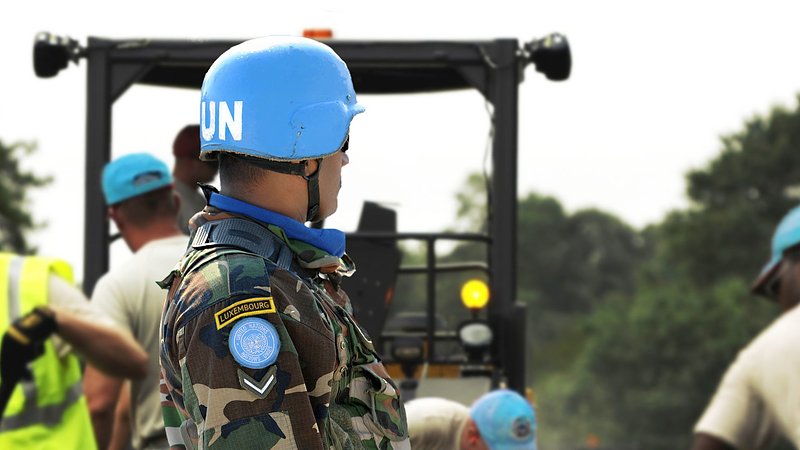 NEW YORK -- Describing the driving situation in Luxembourg City as “so bad that even the leather-clad masochists who used to flock there just to get stuck in traffic are running away,” the United Nations has announced it will be taking over the reconstruction of the city’s streets.

Operation UNMILV calls for hundreds of peacekeeping personnel from dozens of member states. The force will include traffic engineers, construction workers, and a very intimidating guy named Bulldog whose job it will be to stand with his arms crossed and deny new construction permits.

Roberta Alverson, who heads the UN Office for First-World Quandaries, says the first task will be to map out the seemingly endless patchwork of demolished roads, and the second task will be to prioritize repairs. The third task will be to determine what sort of twisted mind allows such a mess to occur and to demote that person to street sweeper.

The idea for the mission came after UN officials began getting reports from the ground in Luxembourg City of just how bad the situation had become.

“I got a WhatsApp message from a little girl named Sophie who was trapped with her family in a totally destroyed area called Limperts-something, and she begged us for help,” Alverson said. “She sent a photo of her street, which looked as if a bomb had been dropped, and she said it’d been like that for a year.”

“A year,” she continued. “Why, China can build a whole city in half that time.”

“We hope to restore order so that by the end of the year it will no longer take a whole hour just to drive from Auchan in Kirchberg to Merl park, which is absurd,” she added. “It’s only five kilometers.”