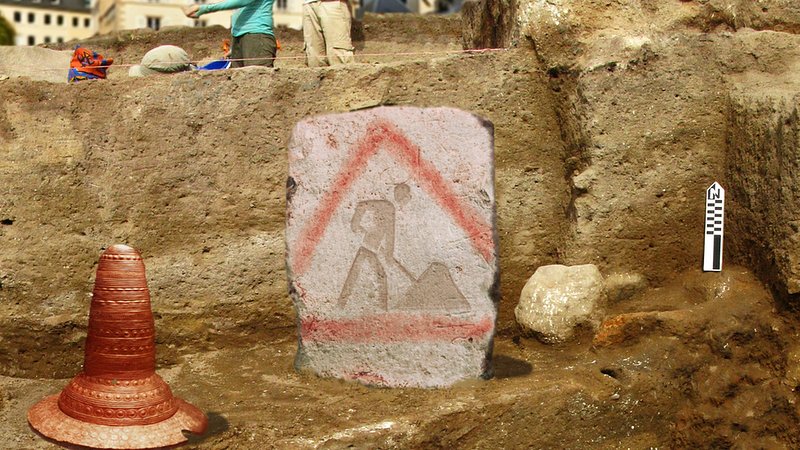 LUXEMBOURG-VILLE — Archaeologists working in the capital have uncovered artefacts that suggest many of the city’s most aggravating current road construction projects have been going on since the end of the Neolithic Era.

Among the artefacts found in a dig near the Bierger-Center — just one of a dozen sites currently being excavated — are an ancient stone warning sign, bronze traffic cones, and reflective safety gear worn by a prehistoric road construction worker believed to have gone by the name Marco, as evidenced by his name being written on the collar.

“This is an amazing find, one that gives us a deeper appreciation for the slow pace at which streets in Luxembourg are expanded, repaired, and improved,” said Dr. Chantal Weber of the University of Wiltz. “Residents today complain about neighborhood roadworks taking weeks or months, when in reality most were started around the same time the Hittites and the Babylonians were planning summer trips to watch the glaciers recede in Central Europe.”

“The ancient dwellers of this area, as well as those journeying to work here — to herd goats in what’s now Cloche d’Or, or to spend eight hours in workshop huts in the Kirchberg plateau where they fashioned bronze ax-heads and breastplates — dealt with the same traffic problems we face today,” she continued.

“We must learn from these discoveries, and the lesson is this: don’t get your hopes up that one day all the construction will be finished, and that traffic will flow like mead out of an ancient earthenware vessel,” she said. “That will never happen. Once the workers have filled a trench, they are just going to dig it back up again, and such is the nature of existence. Just as the ancients knew this, so too must we.”

This is the second time this year that archaeologists in the region have found evidence of Bronze Age traffic congestion. In May, a team excavating a 2500-year-old site next to the A3 motorway near Livange uncovered a row of cigarette butts nearly two kilometers in length, a sign that ancient commuters were frequently stuck in long traffic jams. 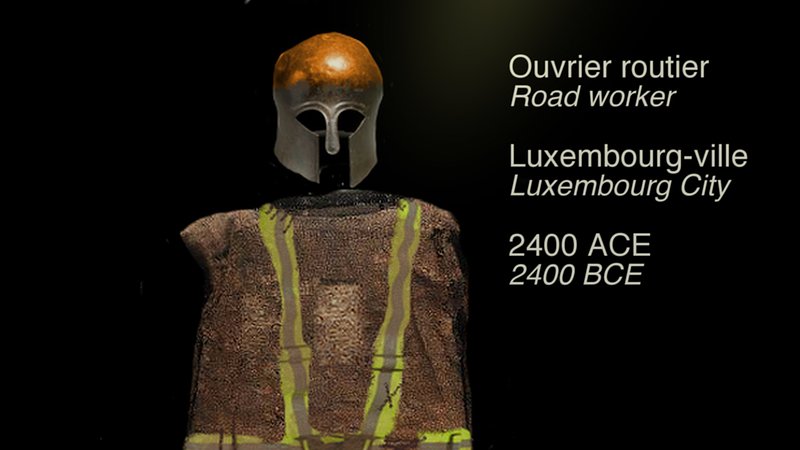