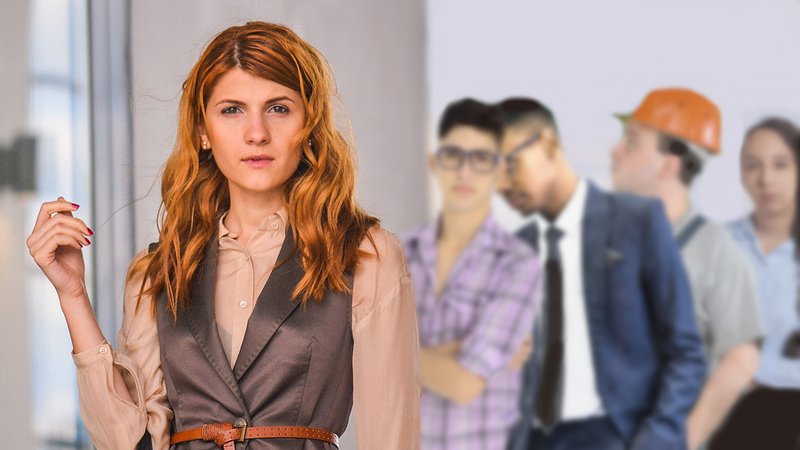 LUXEMBOURG-VILLE -- At least nine customers at a bakery near the Gare were left angry and helpless on Monday after an unidentified woman brazenly skipped to the front of the line.

According to one victim who had patiently waited 10 minutes to order his sandwich, the woman rushed into the bakery around midday and planted herself directly in front of the cashier, ignoring those who had come before her.

When the seemingly oblivious cashier asked who was next, the offender said “c’est à moi” and ordered a chicken salad and a bottle of Rosport before anyone had time to stop her, say witnesses.

"I was furious," said victim Franck Heller, 45, a partner at a local law firm. "So I decided to stare at the back of the woman’s head."

Victim Maggie Weber, 34, who had wanted to buy a ham and cheese panini before starting her shift at a nearby hotel, admits that she lost her temper.

"Now I regret it, but at the time I just couldn’t control myself,” she said."I sighed, very loudly, and then I sighed again."

Graphic designer and victim Roy Glimmer, 29, says that he had never been confronted with such an egregious breaking of social rules, so he called his father for advice.

"He said that I must clear my throat, which I did, but it had no effect on the woman, and on the contrary it seemed to amuse her," he said. "Next time I’ll do something more aggressive, such as cross my arms and press my lips together."

The Luxembourgish custom of waiting in lines even while others cut to the front goes back to 1327, when John the Blind ordered farmers to draw a line in the ground along which buyers had to wait their turn. However, the very next day a mob of peasants from Lorraine raided a market in the city and cut to the front of every line, managing to buy an entire season’s worth of turnips at once.