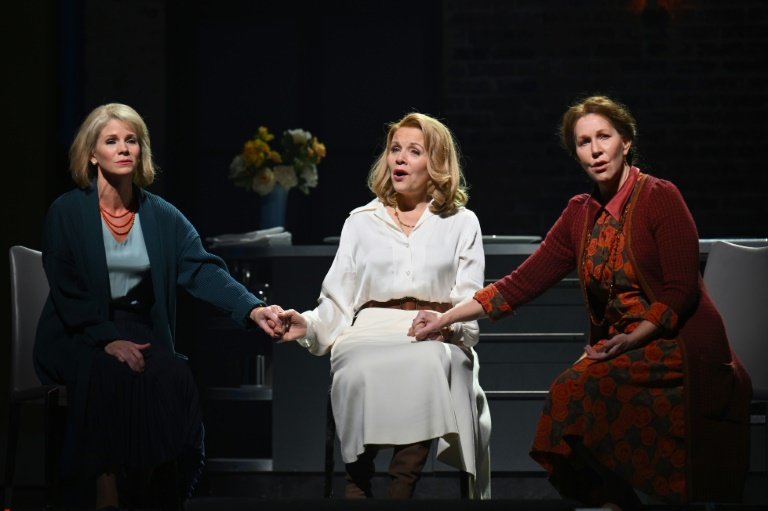 Kelli O'Hara, Renee Fleming and Joyce DiDonato perform during a rehearsal for "The Hours" at the Metropolitan Opera in New York City on November 18, 2022 / © AFP

A powerhouse trio of American song will interpret the voice of Virginia Woolf on New York's prestigious Metropolitan Opera stage, as the highly anticipated run of "The Hours" makes its world premiere Tuesday.

The Pulitzer Prize-winning novel and Oscar-nominated film explores how threads of English writer Woolf's "Mrs. Dalloway" tie three women of different generations together, and its darkly moving operatic adaption offers a new vision of the drama that probes themes including mental illness and the alienation from tradition that haunts its protagonists.

The production began with a pitch from Renee Fleming, widely considered the leading American soprano of her generation, whose role as the show's Clarissa Vaughan marks her return to the Met after bidding adieu to her trademark role in Strauss' "Der Rosenkavalier" in 2017. 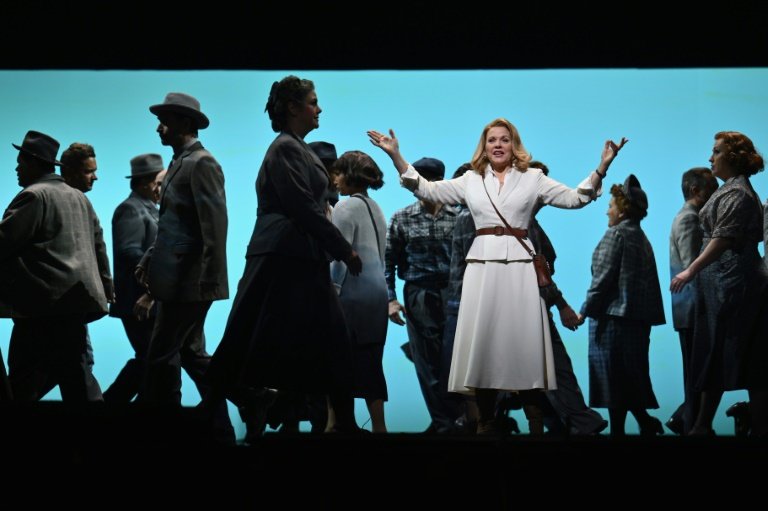 American soprano Renee Fleming pitched 'The Hours' to composer Kevin Puts several years ago, and now the production is set to make its world premiere at the Metropolitan Opera / © AFP

"It was perfect for opera because of the complexity of the dealing with three periods," Fleming said of "The Hours," whose music was written by the Pulitzer Prize-winning composer Kevin Puts.

"Music gives a kind of a river, on which we can all sort of float -- together or separately," Fleming said of the three-pronged production.

Fleming's Vaughan -- a 1990s-era New Yorker who mirrors the character Clarissa Dalloway, and whose plotline centers on her party-planning for a friend, a renowned poet dying of AIDs -- is joined onstage by the Broadway and opera star Kelli O'Hara, who performs as the depressed 1950s housewife Laura Brown. 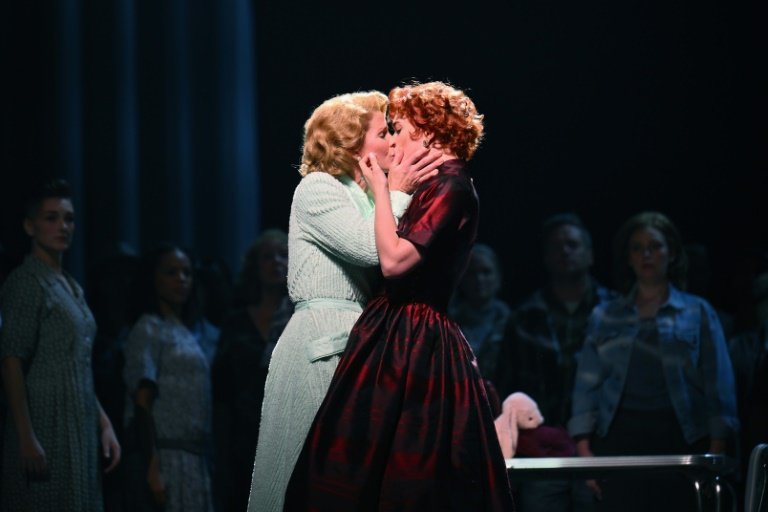 Kelli O'Hara plays Laura Brown, a depressed housewife struggling with the strictures of 1950s tradition, in a new operatic adaption of 'The Hours' set to premiere at the Metropolitan Opera / © AFP

"The possibilities were so exciting," composer Puts told AFP, saying that "what you can do in music that you can't really accomplish in a film or a book is that you can begin to present the three stories... simultaneously."

"The idea of introducing those stories musically and then gradually bringing them together, until maybe all three of the leading ladies would sing trios together, was a really exciting idea," Puts continued.

"I loved the book so much, and I felt like I had the musical vocabulary for it." 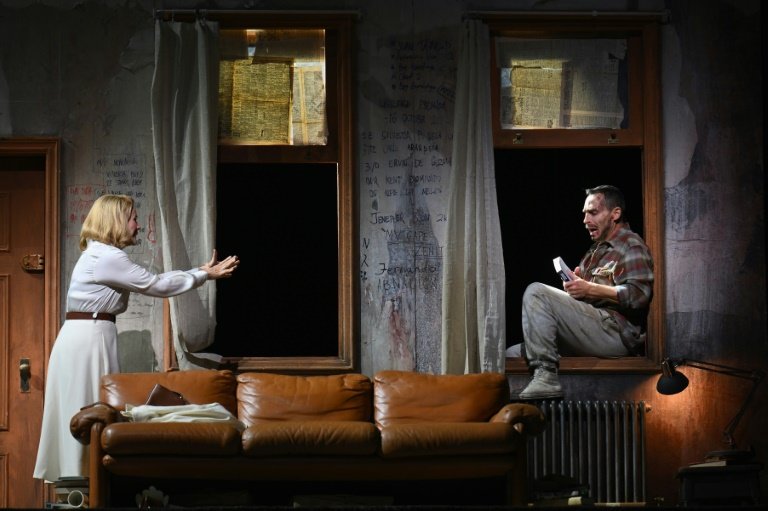 American soprano Renee Fleming and Kyle Ketelsen perform during a rehearsal for "The Hours" at the Metropolitan Opera in New York City on November 18, 2022 / © AFP

For Fleming -- who prior to collaborating with Puts on "The Hours" was putting on a song cycle by the composer, which drew from the writings of the artist Georgia O'Keefe -- part of the appeal of both that project and her latest venture was to tell stories of powerful women.

"Too many times in opera, historically, women have been sort of pawns," she told AFP. "They've been victims, they've been really at the center of power struggles when they have no power or no agency."

"I want to tell stories now about women who are extraordinary."

Along with the force of the show's vocals, "The Hours" integrates modern dance in a way not often seen in traditional opera houses, with dozens of performers physically manifesting the characters' emotions. 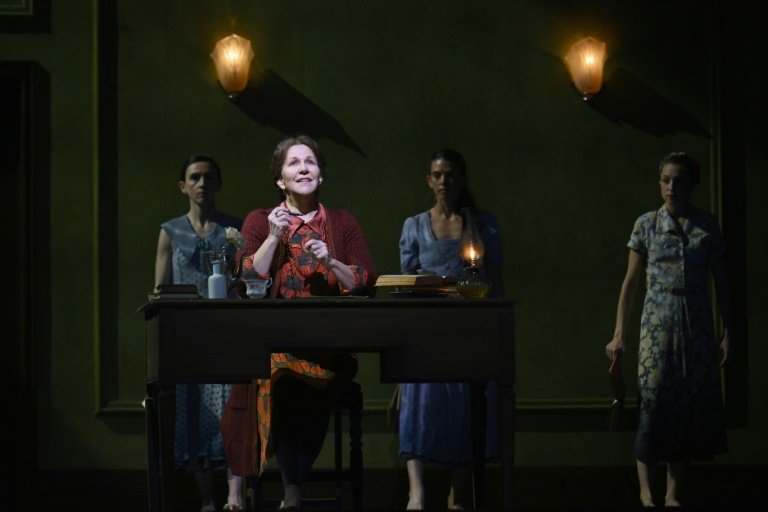 Choreographer Annie-B Parson -- who's worked with the likes of Mikhail Baryshnikov, David Byrne and David Bowie -- told AFP her process is generally "less about narrative, more about the worlds that I'm trying to create."

"We spent a lot of choreographic currency on how to animate and inhabit the actual physical set and the moving parts," she said; the Met's stage is one of the most technologically advanced in the world, allowing for complex sets including at different levels.

"I liked the idea that these dancer beings would be the sinew -- the interstitial, physical animation of the set," Parson said.

Fleming said productions like "The Hours" can play a vital role in freshening the opera experience and drawing in new audiences, a major goal the Met has been working towards including by staging Terence Blanchard's "Fire Shut Up In My Bones" last year. 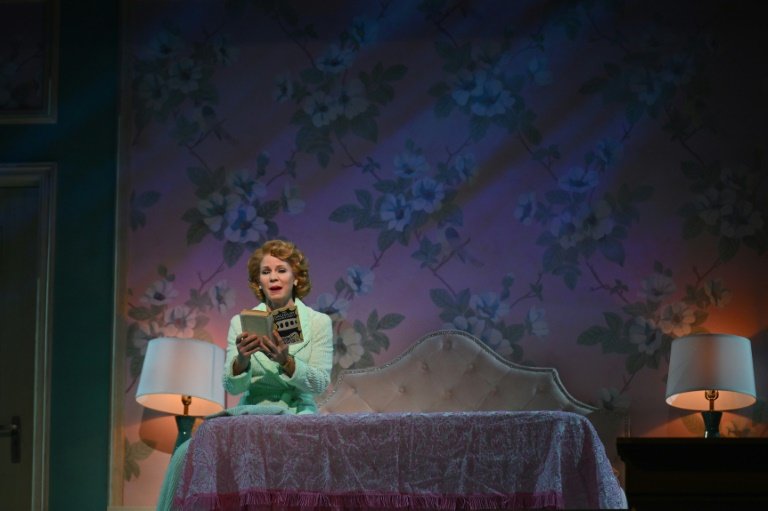 Kelli O'Hara performs during a rehearsal for 'The Hours' at the Metropolitan Opera in New York City on November 18, 2022 / © AFP

The soprano emphasized the need to continue bringing in composers of diverse backgrounds and giving women more and larger creative roles.

The Grammy-winning performer herself was the first woman in the Met's history to solo headline a season opening night gala, in 2008.

"All of our art forms really need to represent our population," Fleming said.

"The Hours" runs at Manhattan's Metropolitan Opera from November 22 through December 15.