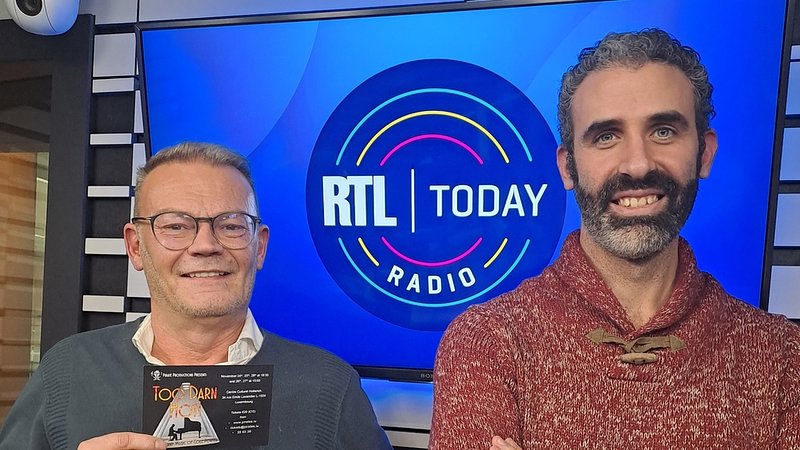 Pirate Productions have been going for over 40 years with the aim of staging English-speaking musical theatre for people living in Luxembourg. Open to anyone and everyone, they stage one production a year in autumn, and sometimes a second show in spring!

Melissa was joined on The Home Stretch by Neil Johnson and Victor Bonanno of Pirate Productions a.s.b.l.

Pirate Productions are an English-speaking musical theatre group in Luxembourg, offering the opportunity for people to go on stage, or for those that prefer not to be in the limelight - to be part of the off stage production. From helping with costumes and props, to doing the lighting, or looking after the sound, you're bound to find your place in the production! 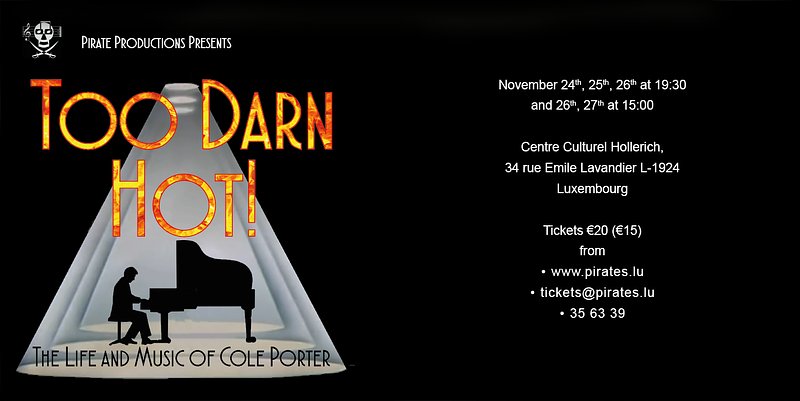 Their next show is the world premiere of their original musical "Too Darn Hot!" from 24, 25 and 26 November at 7.30 pm and 26, 27 November at 3 pm will take place at the Centre Culturel Hollerich.

Neil is the director and he has also (incredibly) written the script for "Too Darn Hot!" which is based on the life of Cole Porter and which features his songs. Victor plays the lead role of Cole Porter and told Melissa of how he carefully studied the letters written by Porter to get into the role.

You can listen to the full interview on RTL Play or via the player below! Tickets and more info can be found here.

Advisory: Parents are advised that this show contains some adult themes and strong language.