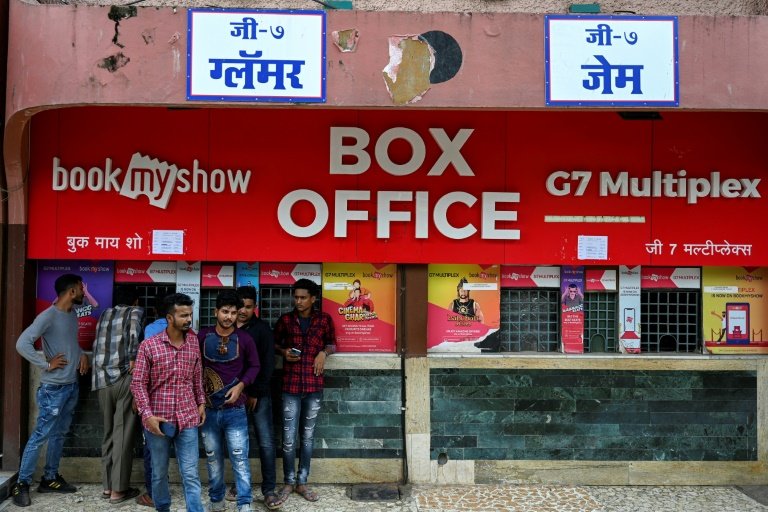 India's Bollywood film industry, long part of the cultural fabric of the movie-mad country of 1.4 billion people, is facing its biggest-ever crisis as streaming services and non-Hindi language rivals steal its sparkle.

The South Asian giant churns out on average around 1,600 films each year, more than any other country, traditionally headlined by glitzy Bollywood, with fans worshipping movie stars like gods and crowds thronging premieres.

But now cinemas have fallen quiet, even in Bollywood's nerve centre of Mumbai, with box-office receipts plunging since Covid curbs were lifted.

"This is the worst crisis ever faced," veteran Mumbai theatre owner Manoj Desai told AFP. Some screenings were cancelled as the "public was not there".

Of the more than 50 Bollywood films released in the past year -- fewer than normal because of the pandemic -- just one-fifth have met or surpassed revenue targets, said media analyst Karan Taurani of Elara Capital. Pre-pandemic it was 50 percent.

In contrast, several Telugu-language aka Tollywood movies -- a south Indian competitor to Hindi-language Bollywood -- have soared to the top.

Embarrassingly, around half the box-office takings for Hindi-language films from January 2021 to August this year were dubbed southern offerings, said State Bank of India's chief economic adviser Soumya Kanti Ghosh in a recent report.

"Bollywood, after decades of storytelling... seems to be at an inflection point unlike any other disruption it has faced before," Ghosh wrote.

Bollywood, like other movie industries, has been hurt by streaming's rise, which started before the pandemic but took off when millions of Indians were forced indoors. 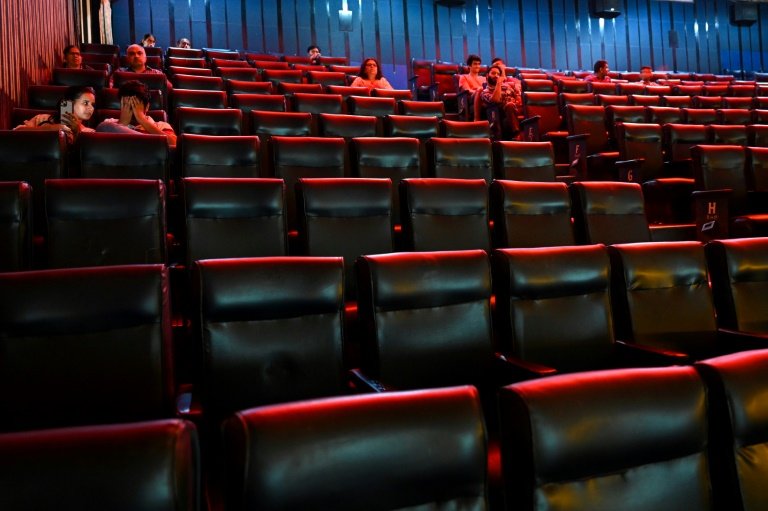 Cinemas have fallen quiet, even in Bollywood's nerve centre of Mumbai / © AFP

Around half of India's population has access to the internet and streaming services, including international players such as Netflix, Amazon Prime and Disney+ Hotstar have 96 million subscriptions, according to a government estimate.

Some films released during the Covid shutdown went straight to these platforms, while others hit small screens just weeks after debuting in theatres.

With streaming monthly subscriptions lower or comparable to the cost of one ticket -- 100-200 rupees ($1.20-$2.50) at single-screen cinemas and higher at multiplexes -- price-sensitive audiences were avoiding theatres, analysts said.

Times have been so hard that INOX and PVR, two of India's biggest multiplex operators, announced their merger in March to "create scale".

Subscribers were meanwhile exposed to local and global streaming content, including southern Telugu, Tamil, Malayalam and Kannada-language films that already had legions of devoted local fans.

"Regional cinema was not travelling beyond its borders. But now suddenly everyone was watching Malayalam cinema or Maharashtrian cinema and then you realise that... there are filmmakers who are telling more interesting stories," film critic Raja Sen said.

"Then they see a Hindi blockbuster coming out with a star which is just like a rethread of a story they've heard a million times, then they're not so impressed anymore."

Critics also accused Bollywood of making niche or elitist films that do not resonate in a country where 70 percent of the population lives outside cities.

Aamir Khan admitted during media interviews for "Laal Singh Chaddha" that Hindi filmmakers' "choice of what is relevant to them is perhaps not so relevant to a larger audience".

At the same time, Tollywood mega-smash hits "Pushpa: The Rise" and "RRR" highlighted the heroics of common people while treating audiences to larger-than-life visual spectacles with catchy song-and-dance routines.

Such formulas have long been a Bollywood mainstay but film critics say the southern challengers were doing it bigger and better.

"To get people to cinemas we need to create an experience for storytelling that cannot be replicated at home," multi-theatre operator and trade analyst Akshaye Rathi said.

"What we need to do is respect their time, money and effort. And whenever we do that, for a particular movie, they come out in big numbers."

Ensuring box-office success by having a star as your protagonist was now no longer guaranteed, said Taurani, who described Bollywood's recent struggles as "alarming". 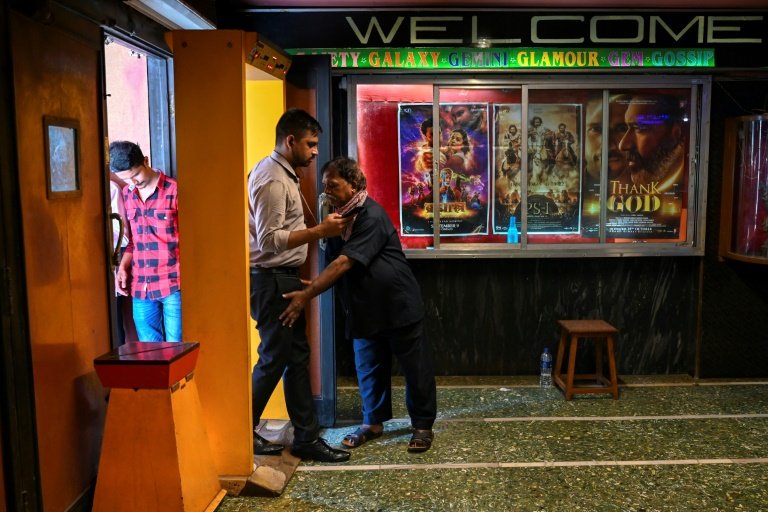 Bollywood, like other movie industries, has been hurt by streaming's rise / © AFP

"I think audiences obviously want the star, but the audience wants the star to feature in a film which has got compelling content," he added.

Kumar -- nicknamed a "one-man industry" for being so prolific -- said he was going back to the drawing board.

"If my films are not working, it is our fault, it is my fault. I have to make the changes, I have to understand what the audience wants," the Indian Express reported Kumar as saying in August.

Adding to Bollywood's woes have been repeated social media campaigns against certain films by Hindu right-wingers, including the "Forrest Gump" remake.

Most recently, there were calls for new release "Brahmastra" to be boycotted over star Ranbir Kapoor's beef-eating comments some years ago. Cows are considered sacred by Hindus.

But while creating unwelcome noise, analysts say there appeared to be no material impact on box-office returns. "Brahmastra" has in fact done well.

The real issue, movie-goers told AFP outside one cinema in Mumbai, was that many Bollywood films were simply not good enough.

"So that's why people are not coming to watch movies."