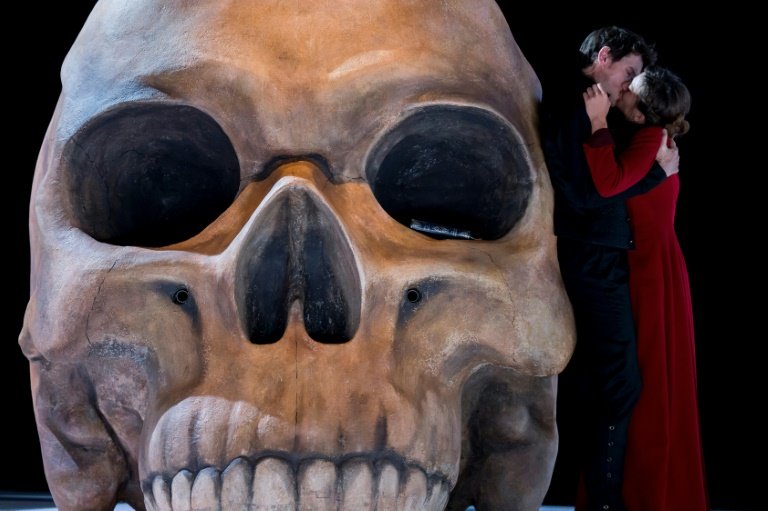 Foreign versions of Shakespeare have more freedom to update the language, making it simpler for modern audiences to follow / © AFP

All the world's a stage but the irony is the rest of the globe often has an easier time understanding William Shakespeare than English speakers.

Thanks to frequently updated translations that dispense with the archaic Renaissance language, foreign audiences often find the Bard easier to follow.

Take "King Lear", a new version of which opened at the Comedie Francaise in Paris last week.

In the original opening scene, the Earl of Kent reacts to being exiled by saying: "Sith thus thou wilt appear, Freedom lives hence, and banishment is here."

The new French version translates as, "Since this is how you want to appear, freedom is elsewhere and exile is here" -- a much simpler sentence to modern ears.

Olivier Cadiot, who wrote the new translation, said his job was "like removing the varnish from a portrait to create something a bit more fresh -- not something vulgar and modern, but to strip it back a little to render it more alive."

Mostly he aims for "fluidity and precision", he told AFP, but he could not resist the occasional moment of playfulness, such as translating the famous phrase "every inch a king" into the very current-sounding "total royale".

In English, many would consider such toying with the Bard sacrilegious. 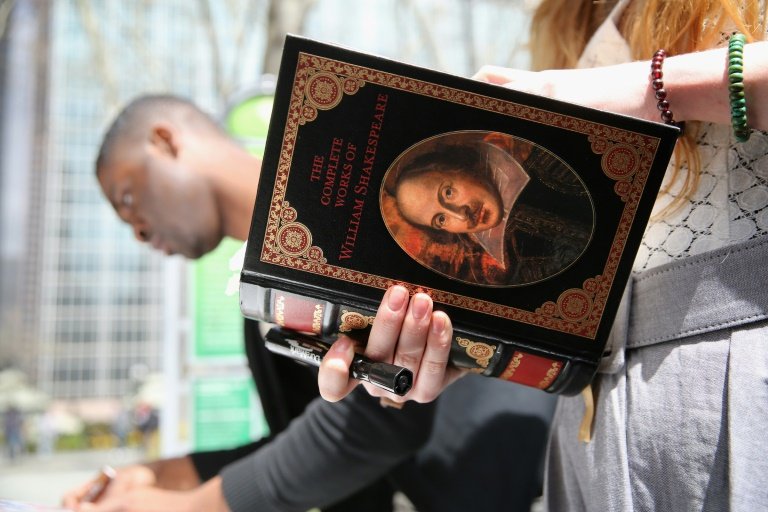 There were howls of protest when the Oregon Shakespeare Company set out to translate his works into contemporary English in 2015 ("The danger to Shakespeare is real," thundered one petition).

But that leaves many average theatre-goers unable to comprehend the world's most-performed playwright.

"English audiences are at a disadvantage because the language has evolved and is more and more distant. They need footnotes, props and staging to understand," said Alexa Alice Joubin, a Shakespeare scholar at George Washington University.

Indeed, a study by the British Council and YouGov in 2016 found that Shakespeare was considered more relevant in many non-English-speaking countries than back home.

Overall, 36 percent of British respondents said they did not understand Shakespeare compared to 25 percent elsewhere.

This matters because the difficult language can obscure the important and relevant debates in his work on issues such as race, social hierarchies and the legitimacy of rulers, said Ruben Espinosa, a Bard expert at Arizona State University.

"There's a lot of cultural relevance," he said. "But the language is so complicated that a lot of the time that is lost on people.

"If we want to treat him as sacrosanct and leave him untouched, it's going to be a body of work that's dying on the vine."

Other countries don't have this problem.

The same is true in Japan, where early versions (such as a 19th century take on "The Merchant of Venice" entitled "Life is as Fragile as a Cherry Blossom in a World of Money") used archaic Japanese to mirror Shakespeare's style, but have been superceded many times since.

Some say too much is lost in modernisation.

The emotion is embedded in the musicality of the words, argued scholar James Shapiro in the New York Times. Macbeth's speeches, he said, were "intentionally difficult; Shakespeare was capturing a feverish mind at work".

But others argue Shakespeare's global popularity shows that the plays are just as powerful without the original words.

"There's something innate in the characterisation and the way the stories are told that is iconic and unique," said Joubin.

"Romeo and Juliet" is so popular, she said, not just for the language, but its fast pacing -- rare for a tragedy.

Joubin believes Shakespeare himself would have approved of updated versions.

"Someone that creative -- I very much doubt he would say you can't modernise my plays," she said. "He himself modernised the English language for the Renaissance era."