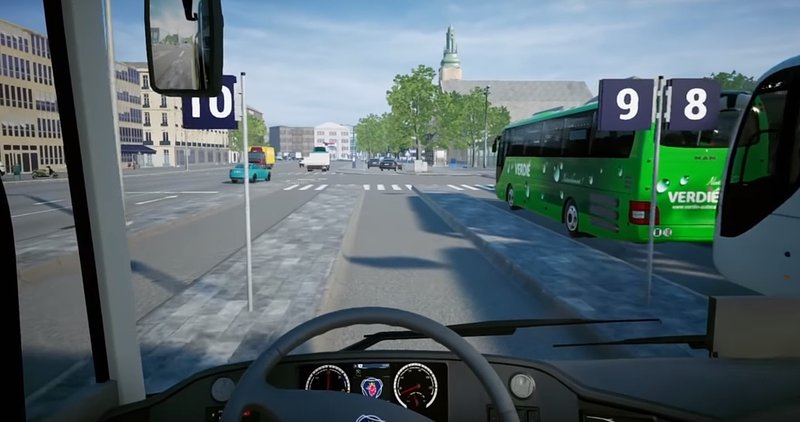 The video game "Fernbus Coach Simulator" has been updated and now includes the possibility to drive a bus...in Luxembourg City...without traffic jams. Magical.

There are not too many video games set in the good old Grand Duchy. Thankfully "Fernbus Coach Simulator" is spicing things up this lamentable status quo in the digital world.

The game, which was originally released in 2016, was updated to include the option to drive around in Luxembourg City. The city is not always rendered authentically and the level of detail may, as some Luxembourgers will probably complain, reduce the capital to a picture-perfect alter ego of itself: there are no traffic jams.

A supermarket right next to "Gelle Fra"

The video game designers did take some other entertaining liberties as well: a supermarket has for example seen the light of day right next to the Gelle Fra monument.

Some notable Luxembourg locations in the game include:

If you love video games and traffic-free Luxembourg, this one may be for you!