Ahead of her open air performance at Mondorf-les-bains' Parc thermal, the Belgian singer-songwriter Selah Sue has a wee natter with RTL Today's Isabella Eastwood.

Selah Sue and I only had a short time to chat so we dove straight in to the juicy stuff: honesty in the music business, mental health and emotional fragility. The artist was wonderfully frank about how she has used her coping mechanisms in her music, and how she looks forward to touring post-lockdown. This interview has been lightly edited for clarity.

You have this interactive project on your website called “how do you feel” which asks your audience to send you recordings about… well, how they feel. What lead to it and what did you wish to achieve with it?

For me the thing is, for multiple reasons, social media gives me a lot of stress. There’s a lot of ‘fakeness’ and superficiality, so the idea was to create a space to have honest conversations through social media. It’s to reconnect with my fans, to find out: how are you? who are you? The psychologist interested in me hearing about people and it gives people a reason to reconnect and to work through things.

I need to accept who I am, I just need to free fall in however I feel, whatever that feeling is, whether it’s sad or depressed or happy. I just need to not fight it or change it and just accept that it’s there, which makes it easier to cope with, and that’s what the song is about.

So in what way does the project cut through that? Is it because people usually just vent on social media and this gives them more of a window to be honest? It requires a bit more than just bashing out a rant on a keyboard?

Yeah. I want to say it’s okay to feel bad or to just express yourself. There are no pictures, no showing off, it’s just a really short message about how you feel, and I hope it breaks the general taboo about mental health problems. I think we have a lot of pressure to feel joyful, and I know we’re supposed to feel really happy now that everything is opening up, but we’ve all experienced a bit of trauma as well. There are a lot of people who are really struggling with the world opening up and with themselves, especially during the corona period. I know that in my case, I am super happy that the world is reopening but I’m also scared that people have forgotten me, and to be social again. And that’s something that people on social media are not really open about in general, which again gives us more stress when being honest, so this can be a tool to help with that.

You often talk about how honesty is very important to you – do you find that honesty difficult to come by in the music business specifically?

I think it’s not easy in the music business because there are two camps and they’re opposites to each other. You have the creative side and that’s the really honest side because when you’re purely creative and you live in the moment then you don’t think about opinions and just make honest music. But then you have the other side, the side that wants to sell the music and that gives these ideas and opinions and comments on everything. And that’s difficult because it can be really hard and really stressful, and something that has nothing to do with the pureness and creativity of the music itself. It’s difficult to find that balance because you have to sell your product somehow, but it’s so against the nature of creativity and it’s not easy.

I want to ask you about your latest single “Free Fall” – there’s a really funky and jazzy rhythm to it, but the lyrics speak about something a little darker. Correct me if I’m wrong but it seems to be about letting go and also a struggle to do so?

Yeah, I mean it has a double meaning. It’s about a fear of getting depressed again, because for me there’s a bit of trauma there, and it’s a bit like, I crave for my mind to be a quiet place and I crave to be at ease, and to find trust in myself.

Then the thing is it’s also written by a “self-improver”: every song on this record is written by a different personality and this was really my “self-improver” talking and saying “I need to accept who I am, I just need to free fall in however I feel”, whatever that feeling is, whether it’s sad or depressed or happy. I just need to not fight it or change it and just accept that it’s there, which makes it easier to cope with, and that’s what the song is about.

You say that every song on your upcoming album is written by a different "personality" - could you elaborate on this?

It's based on 'voice dialogue' therapy that helped me through difficult times. It's a method that tries to gain insight into different parts of the personality. We all exist out of limitless sub-personalities, each with its function and its way of acting. On my album each song is written by a sub-personality (mother, assertive one, attention-seeker, self-improver) and so on.

That's so fascinating! Have you always had these different strains within you and your music and only now really separated them?

Yes, and by separating them I can understand them better. It’s less chaotic in my head. And it helps to accept myself and not let certain sub-personalities be in control the whole time.

That must be so cathartic! I look forward to hearing what the different personalities will sound like! It’s interesting that you talked about how your website project is about relieving the taboo around mental health, and I think we’re moving towards that as a society, but I think it’s so easy to get caught up in this notion of constant self-improvement. Do you ever caught up in that, the push to “be your best self” all the time? Because on one side there this idea that we’re seeing and accepting mental illness more but on the other side there is this constant push to be better, or to be the “best” you, no matter what your actual conditions and feelings are.

Ahh I see! It seems that throughout your career you have expressed where you were at emotionally through your music. In a previous interview, you mentioned that your first album was all emotion, while the second moved towards expressing emotion alongside reason. So I wanted to ask you about your Bedroom EP: you really integrated your experience of motherhood into your music, and looking back, what do you think you have gained from this life change? What are the pressures of being an artist and a mother – not necessarily just in a negative sense, but also what being a mother has given you, as an artist?

For a lot of people it’s really stressful to combine it all. I think to me having kids was amazing. I mean I’m really sensitive to depression, so I was really scared of post-natal depression, but I was actually just on this pink cloud of love. I was so at ease with myself and my kid, and my baby was at my breast the whole day and I loved that. I wrote really honest, pure, love music. And that’s what the EP was about. In A Heartbeat is the purest love song that I have ever written and it’s for my kids.

Now it’s a bit more difficult. I’ve got my feet back on the ground and I do feel a bit stressed out, to be honest. Now my kids are a bit older, the lockdown is finished, and I will need to find a balance between motherhood and career. I’m not so stressed about what other people think, it’s really just something I need to go through myself. Someone said ‘Wow you’re really brave to leave the music scene’ but for me, at the time, to be at home with my kids, not releasing music, it felt really good and I don’t regret it at all.

What I do feel now is that it’s not going to be easy to find a good balance. First, I was able to give everything to the music for 10 years, and then I was able to give everything to my kids for 5 years, and now I have to do both. But the thing is it takes a village to raise a kid and I have that village. My kids are pretty easy going, so until now it’s gone well. And really my kids are the most important thing, and if they’re not 100% happy, then I will change until they are happy. But also, only the motherhood thing, it bores me. I need more than that. So I also look forward to be back on tour and to get creative again and to dive into the music. Because only playing with a toddler is so boring…

Do you think society makes space for women to be both creative and mothers?

In general, not at all. But the thing is I can’t be too loud about this because I am the lucky one who has financial reserves, and I have somebody who takes care of my kids while I perform. I’m in a lucky position. I could breastfeed for 2 years because that was possible. But I see people around me, there are mothers who have to go back to work after 3 months, they have to do their jobs because they need to work and the money. The creative thing becomes something extra they can do when they get home, but by then they’re too tired. I see it in a lot people and a lot of friends around me, and it’s difficult.

And before we could dig deeper into the reasons why our society isn’t built to make space for motherhood, we had to cut our conversation short as I was already over my allotted time space, and said our goodbyes. 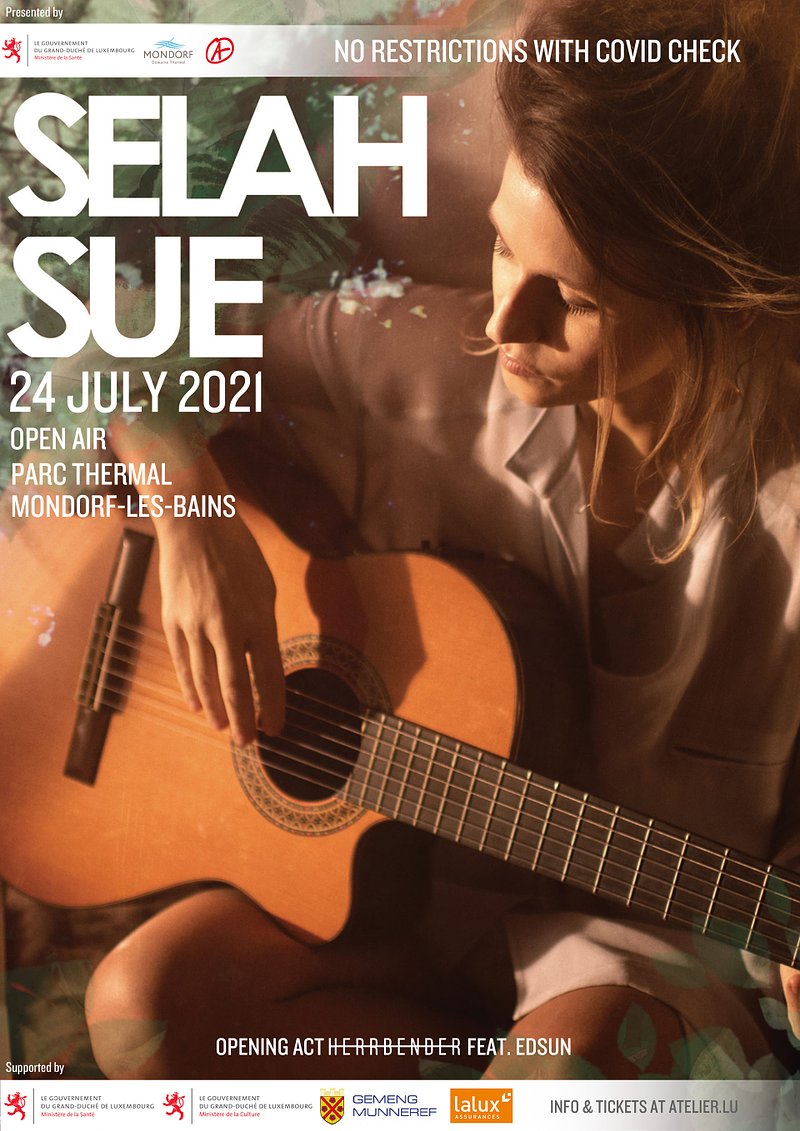