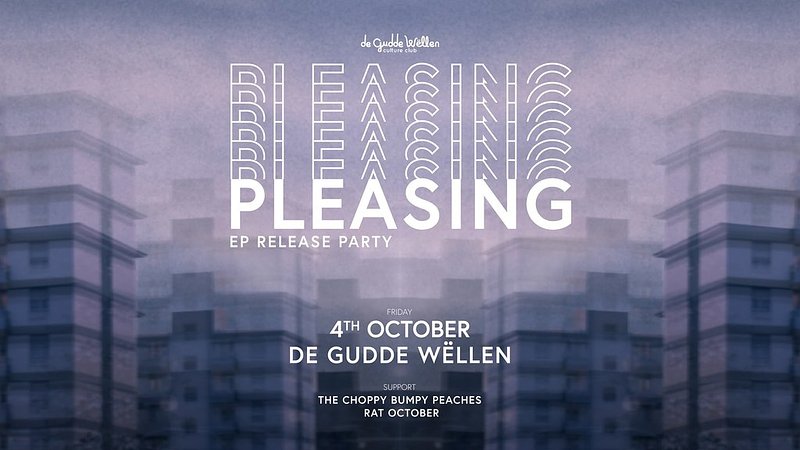 Post-‘Screaming Fields’, Patrick Miranda is preparing to kick off his EP launch in style at the café 'De Gudde Wëllen’ in Luxembourg City. Noah Gudgeon asked the young guitarist and songwriter a few questions ahead of the ‘1 & 2’ EP release:

Noah Gudgeon: How long have you been working on your new EP?

Patrick Miranda: I started writing right after I released the Polara EP on June 2018, so a little less than a year.

What does this EP mean to you?

This 3 song EP means a lot to me. I’m someone who holds on - sometimes for too long - to memories because they are the only thing that don’t change over time. The EP tries to create a space where the listener feels vulnerable in a comfortable way to relive their memories.

What message are you trying to convey through your music?

My music tries to shed a light on different mental health issues, but also conveys opinions or perspectives I have about my surroundings. The ultimate accomplishment is to get people in an introspective mood.

The answer is not that exciting. I wrote the first two songs and didn’t have a name at that time so I just called them ‘1’ and ‘2’. Afterwards I didn’t want to change it because I couldn’t relate the main two songs to other names so it felt right to let it stay like that and call the EP ‘1 & 2’.

What have preparations for the gig at 'De Gudde Wëllen' been like?

The preparations have been challenging but very rewarding. Fortunately I have awesome people to help me with the stressful tasks of organizing a release party. Regarding the rehearsals, me and the talented session musicians I work with (Sacha Ewen and Xavier Hofmann) are still grinding to deliver our best live performance yet.

When did you start writing your own (original) music?

In 2016 I joined the metalcore band ‘Awakening the Seasons’ and with them I discovered my passion for songwriting. After we split up in 2017, I continued writing random riffs on the guitar and then I discovered Garageband on my phone and started writing whole songs. So I’ve been writing my own music for about 2 years.

Who or what are your biggest influences?

I like to admire and analyze things such as nature, social interactions and personal experiences. Artists like ‘nothing, nowhere’, ‘Proud Ember’, ‘Hotel Books’, ‘Fews’, ‘Alicks’, ‘Billie Eilish’, ‘Tiny Moving Parts’, ‘Old Gray’ and of course ‘Slipknot’ play a big role in my musical influences.

Do you prefer being in the studio or on stage?

Difficult question. Being in the studio is something I absolutely love and being on stage is a moment where I can share and purge all the emotions and energy I accumulate while I’m writing and/or recording my music in the studio, with the audience. I couldn’t have one without the other. If I absolutely had to choose one, I would choose being in the studio, just because I can write and create music.

Why the name 'Pleasing'?

When I started writing my first EP ‘Polara’ I didn’t have an artist name. Somewhere along the line I wrote a phrase which went ‘It’s oddly beautiful how lonely we all are’. I wanted to have that same vibe in my artist name, so my girlfriend at the time proposed the name ‘Oddly Pleasing’, but I thought it was too long. So, I removed ‘oddly’ and was left with ‘pleasing’. It immediately caught my attention, so I stuck with it.

And finally, what are your plans/ambitions for the future?

Right now, I’m working on a big album scheduled for release next year, with the intention of showing all of my facets and musical influences while working on my inner self. After that I plan on going on tour and shows abroad. For more concept and arty oriented plans, I would love to organize an opening day where I display some of my weirder and contemporary work but this is all still very vague at the moment.