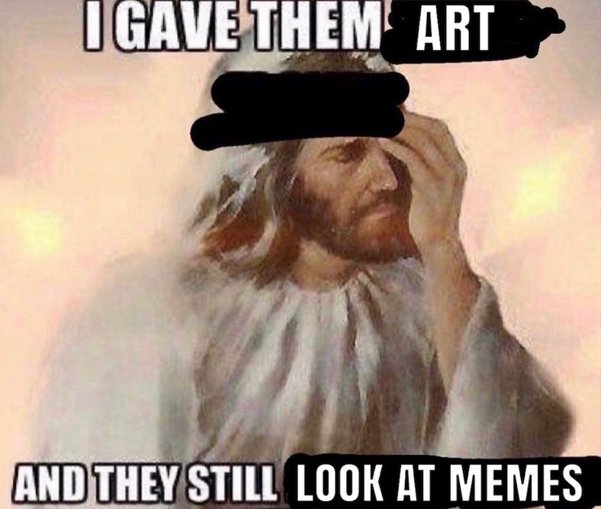 Dr Denisova is a senior lecturer in Journalism at the Communication and Media Research Institute at the University of Westminster. Her specialisation lies in climate change and media, specifically internet memes and trends that have gone viral. That's part of why she has been invited to deliver a lecture at Casino for their lecture series titled "Exploring the In-Between: Haunting Ghosts, Fantasies, Emotions, Memories, and Memes."

Our colleague RTL Valeria Wiwinius from RTL Television carried out a short interview with Dr Denisova.

Could you give us a brief overview of the rise of memes?

Their ancestors are emoticons - remember those simple arrangements of punctuation marks that symbolise a smile, a laugh, a doubt etc. You can also draw a 'genetic tree' to the likes of Demotivator posters that were popular in North America as a sarcastic response to self-help culture.

Memes are the child of the 2000s. They came into prominence through online forums, gaming chats and fan communities. Then we had the likes of the Grumpy Cat, Willy Wonka memes, the girl smirking to the camera with the fire in the background - memes were borrowing inspiration from so many areas, from modern pop culture to vintage pop culture, random Internet images and real people caught up in a viral storm...

Are there specific characteristics that make for a 'good' meme?

Memes are half-baked jokes. This means they have to contain a humorous statement, but it should not be obvious what a joke is. It requires additional knowledge - of the context, news agenda, pop culture, specific references - to understand why it should be funny.

What are the disadvantages of memes for our online culture?

Memes are all about subjectivity and emotion. This makes it hard to communicate serious issues or have a balanced argument through memes.

Why are we so emotionally triggered by memes?

They are intriguing and interactive - we're tempted to crack the puzzle, try to figure out why to laugh. They also belong to various subcultures - e.g. if you are a gamer, another person who is into baking TV shows would not comprehend your memes, and vice versa. Memes are an inside joke.

How did you get into researching and specialising in viral cultures and Internet memes?

My background is in journalism, and I was curious to see how social media were re-shaping the public discourse on social issues, culture, humour. Journalists used to be the gatekeepers and trendsetters, but in the new era of networked creativity anyone could get famous or gain attention to their activism, agenda, parody.

What makes those research areas so interesting, in your opinion?

Social media are the public sphere, using the concept of the famous media theorist Jurgen Habermas. They allow participation and contribution of many people in the society. Not everyone and not in equal measure. Yet I have seen campaigns, political initiatives, cultural phenomena thrive on memes or viral cultures alone. This means that we must study and understand what may seem a passing joke - as it may in fact influence opinions or point of view of the millions.

What awaits us at your lecture in Casino Luxembourg?

Explanation of what makes memes influential for the society, how emotions trigger our response to news and sharing, and why we should be cautious about both phenomena just mentioned above.

Could you kindly show us your favourite memes and explain to us, what makes them so special?

I was enjoying the memes about a lettuce and British short-served Prime Minister Liz Truss. It was started by The Economist’s journalist who speculated that the ‘shelf life’ of the newly appointed Prime Minister would hardly outlast the shelf life of a lettuce. Then another newspaper, The Daily Star, launched a live broadcast of a photo of Truss next to a fresh lettuce. The green vegetable was adorned with a blonde wig and the title asked: ‘Can Liz Truss outlast a lettuce?’ (2.3mln views).

I am adding a couple. These memes borrow formats and joke references from popular templates (e.g. the Distracted Boyfriend), but also show new motifs – like the lettuce rising over the Prime Minister’s stand at Downing Street, the residence of the Prime Minister of the UK. They provide a simple humorous take on the absurd situation – and it is interesting to see which references people invoke to discuss a failed political career. Interestingly, the memes are not sexist in this case, but make a rather curious, absurdist game of comparing a short-lived Premiership to a lettuce…