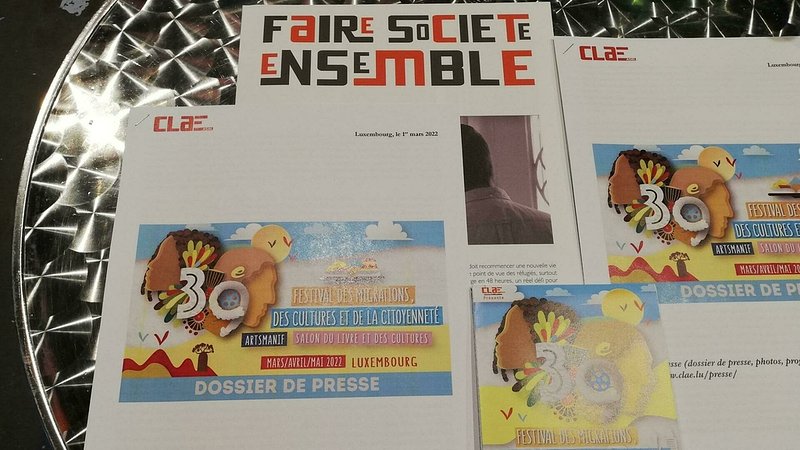 Usually the Festival des Migrations goes over three days, but this year it will extend to a full three months.

The 2022 edition will offer exciting new approaches, new partnerships and new dynamics, which will end with a festive closing from 7 to 8 May at CEPA in Hollerich. The idea is to spread the 35,000 people who traditionally visited the event at LuxExpo over a number of smaller events on a longer time scale. It is important to bring people together in the real world, rather than virtually, says Pascale Zaourou, president of the CLAE.

This year's concept is centred around the idea of movement. This refers to people migrating, their lives and dreams in constant change, but also the festival itself, which moves around the country, says Alain Randresy, responsible for intercultural projects at the CLAE.

The CFL as main partner of the festival can make the link between the various events. But there are also concerts and readings planned on the trains. The hope is to incorporate people who have not experienced the Festival des Migrations so far, said Anita Helpiquet from the CLAE during a press conference on Tuesday.

The unusual new concept is a test run, but worth trying out, said the organisation. They are not worried to lose their audience, but on the contrary, are hoping to use it as an opportunity to bring culture to the people.

The full programme can be found on www.clae.lu