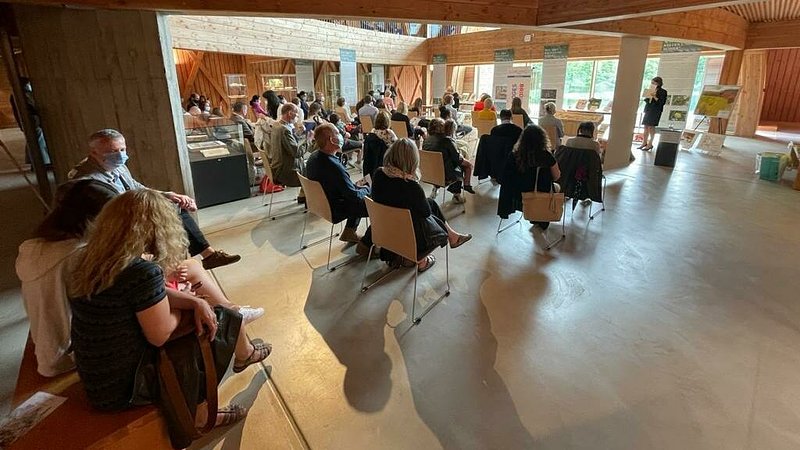 BLS' first art competition was a 'roaring success', with talented artists of all ages celebrated by the British Ambassador and noted artist Lynda Shephard.

Founded in 1947, the British Luxembourg Society (BLS) seeks simultaneously to deepen, maintain, and develop the relationship between Great Britain and the Grand Duchy. At the event on Sunday, newly-elected BLS President Louise Benjamin noted that her vision is to "create high level appreciation and understanding of the two countries."

Also present at the event, which sought to highlight the artistic talent of both young and old, was Her Britannic Majesty's Ambassador, Ms Fleur Thomas, and noted international watercolour artist Lynda Shephard, among other BLS members and invited guests.

This year's contest centred on the theme "The Luxembourg landscape through the ages," and accepted submissions in five age cateogires: 4-6, 7-11, 12-15, 16-18 years, and adults from 19 and up. The competition was judged by Lynda Shephard, Lady Forwood, and Simone Habaru. The ceremony took place at the beautiful Biodiversum conservation centre in Remerschen.

Nestled on the south Eastern side of Luxembourg is the wonderful futuristic nature conservation centre Biodiversum.

This outstanding example of Luxembourgish Architecture was the venue for the BLS Art Competition Prize Giving.

An intimate affair due to restrictions, nevertheless the excited winners and their families braved the summer storm to meet Her Excellency Ambasador Fleur Thomas who warmly congratulated them and then to collect their prizes from International Watercolour Artist Lynda Shephard.

Our first Art Competition was a roaring success such talent made a very hard job for our judges.

We extend our thanks to everyone involved who made the event a success:

Bofferding for kindly sponsoring the event,

Biodiversum for allowing us to host in such a wonderful location.

We hope that the will be a annual event and next year the society's 75th year will be bigger and better.