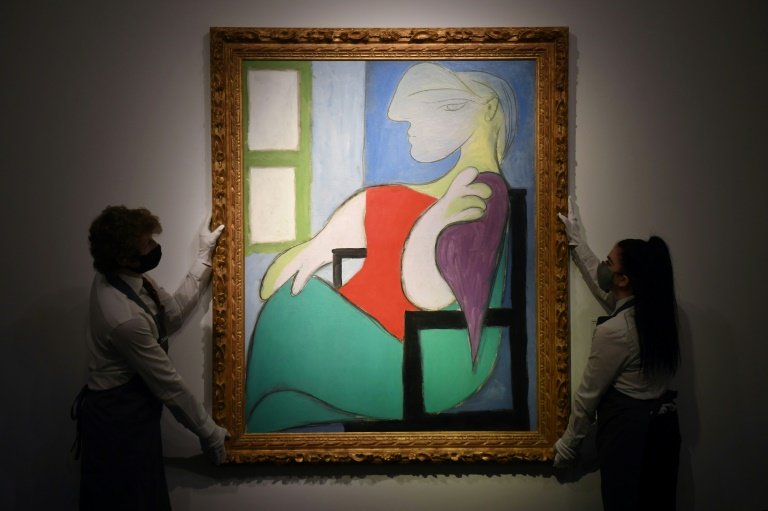 The painting, completed in 1932, was sold after 19 minutes of bidding for $90 million, which rose to $103.4 million when fees and commissions were added, Christie's said.

Christie's had estimated the painting would sell for $55 million.

The sale confirms the vitality of the art market despite the Covid-19 pandemic -- but also the special status of Picasso, who was born in 1881 and died in 1973.

The generally good performance of Thursday's auctions, totaling $481 million, "signals a real return to normal and also a message that the art market is really back on track," said Bonnie Brennan, president of Christie's America.

The painting, depicting Picasso's young mistress and muse, Marie-Therese Walter, was acquired only eight years ago at a London sale for 28.6 million pounds (about $44.8 million), less than half the price offered Thursday.

Five works by the Spanish painter have now crossed the symbolic threshold of $100 million.

Even before this sale, he was already alone at the top of this very exclusive club with four paintings, including "Women of Algiers", which holds the record for a Picasso, at $179.4 million in 2015.

This is the first time in two years that a work has broken the $100 million mark since an 1890 Claude Monet "Meules" painting reached $110.7 million at Sotheby's, also in New York.

On Tuesday, the painting "In This Case" by the American painter Jean-Michel Basquiat sold for $93.1 million at Christie's in the first of the major spring sales, one of the two most important events in the auction world.