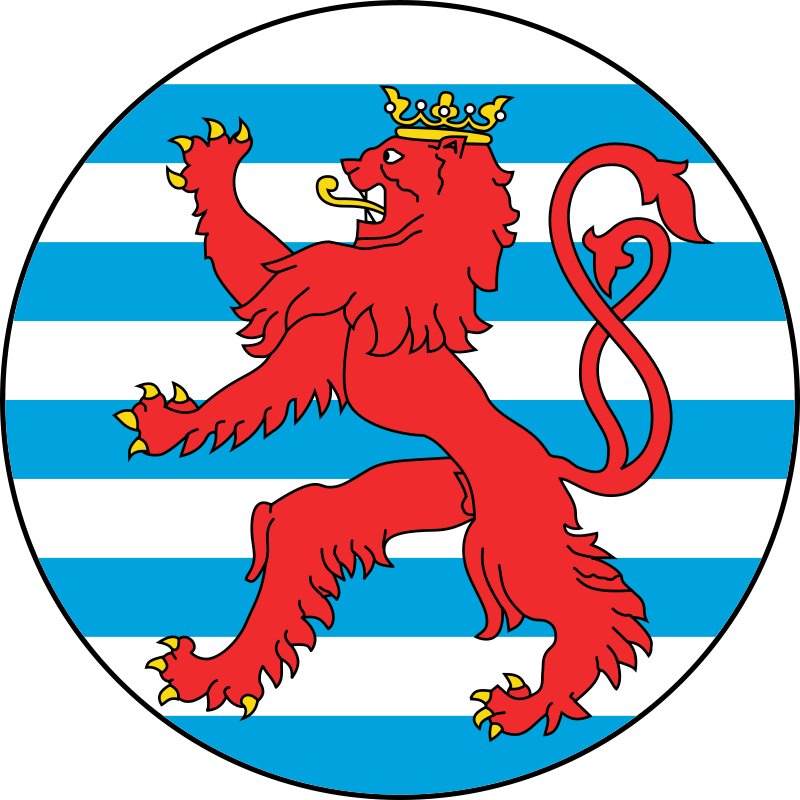 RTL Today contributor Thomas Tutton looks at the three members of the House of Luxembourg who became Holy Roman Emperor.

You might not have known it, but the House of Luxembourg was once one of the most powerful dynasties of Europe, rivalling the Habsburgs and Wittelbachs for control of the Holy Roman Empire.

And three of its members would make it to the top of the medieval game, being crowned Holy Roman Emperor in Rome.

What on earth was the medieval polity known as the Holy Roman Empire?

As Voltaire famously quipped, it was neither holy, nor Roman, nor an Empire.

The first person to be crowned Holy Roman Emperor was the Frankish king Charlemagne, in 800, but the Empire soon came to reign over mostly parts of modern-day Germany, Czechia, Austria and Italy.

It was never a strong political structure: rather, it was a loose term for the constellation of kingdoms, duchies, counties, prince-bishoprics, Free Imperial Cities that existed in medieval central Europe. 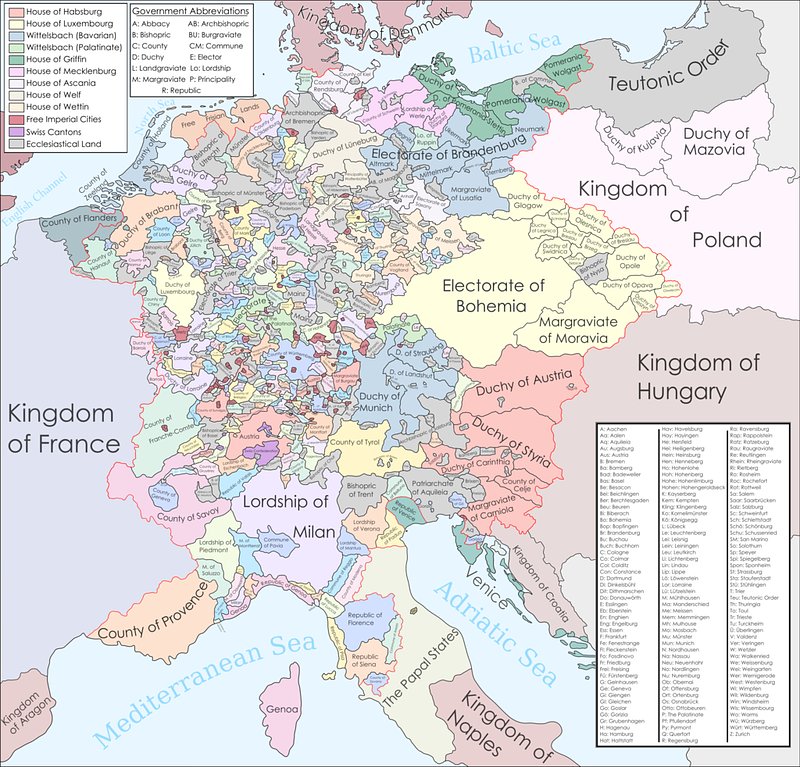 The Holy Roman Emperor was elected by seven Prince-Electors and crowned by the Pope.

The electors were the Archbishops of Trier, Mainz and Cologne; the Count Palatinate of the Rhine; the King of Bohemia; the Duke of Saxony; and the Margrave of Brandenburg.

Then, once you were crowned by the Pope or his subordinates, you became the Holy Roman Emperor, a prestigious title which didn’t grant that much political power but did ensure you would be remembered by the history books and RTL Today articles, so I guess it was worth it.

We learnt a bit about Henry VII in our article on the County of Luxembourg.

He was the great-grandson of the legendary Ermesinde, but that wasn’t of much use to him when his father and all his uncles were killed at the bloody Battle of Worringen in 1288.

Henry was just 13 when he became the Count of Luxembourg, but he turned out to be a wise ruler, keeping Luxembourg at peace for most of his early reign, and achieving a notable success when he managed to get his brother Baldwin chosen as Archbishop-Elector of Trier in 1307.

When the King of the Romans, Albert I, was murdered by his own nephew in 1308, the electors came together to find a replacement.

The French king Phillip wanted to expand France’s influence, so he nominated his brother Charles of Valois as a candidate, while the Habsburgs wanted one of their own to be chosen.

Wanting to keep the French out of German affairs, while not granting too much power to the Habsburgs, the electors sought to find a third candidate, and with his brother Baldwin backing him strongly, Henry VII of Luxembourg was elected King of the Romans in 1308. 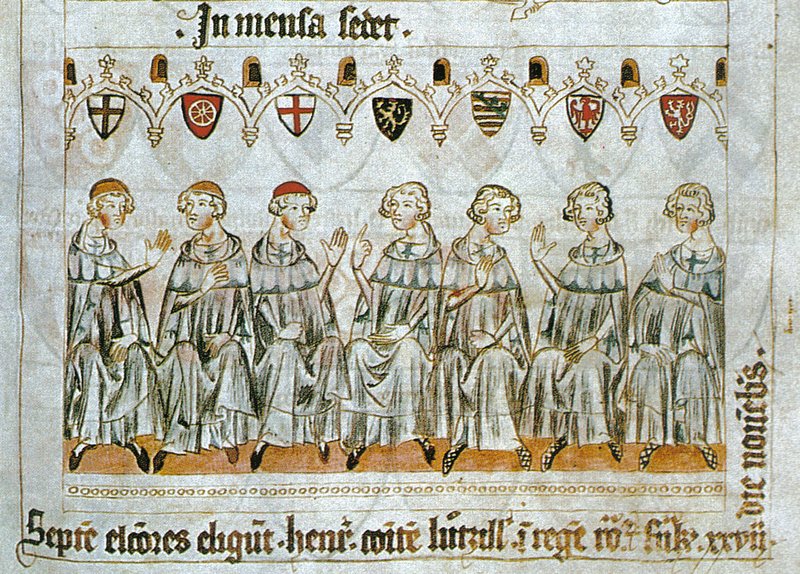 The seven Electors of the Holy Roman Emperor voting for Henry VII in 1308. / © Public domain

Since 1245, however, an ongoing dispute about the power of the Papacy between the Pope and the various Kings of the Romans had meant that none of them had been crowned as Holy Roman Emperor.

Henry VII managed to change this by promising to respect the Pope’s rights and agreeing to go on a crusade after his coronation.

Thus, in 1312 Henry VII became the first Holy Roman Emperor of the House of Luxembourg, a title which he enjoyed for all of 13 months before he caught malaria and died.

Charles I and IV

Charles I of Luxembourg was the grandson of Henry VII, and the son of John the Blind of Schuberfouer fame.

His father John had become King of Bohemia by marrying Queen Elizabeth of Bohemia, and Charles inherited the title when John died at the Battle of Crecy in 1346. 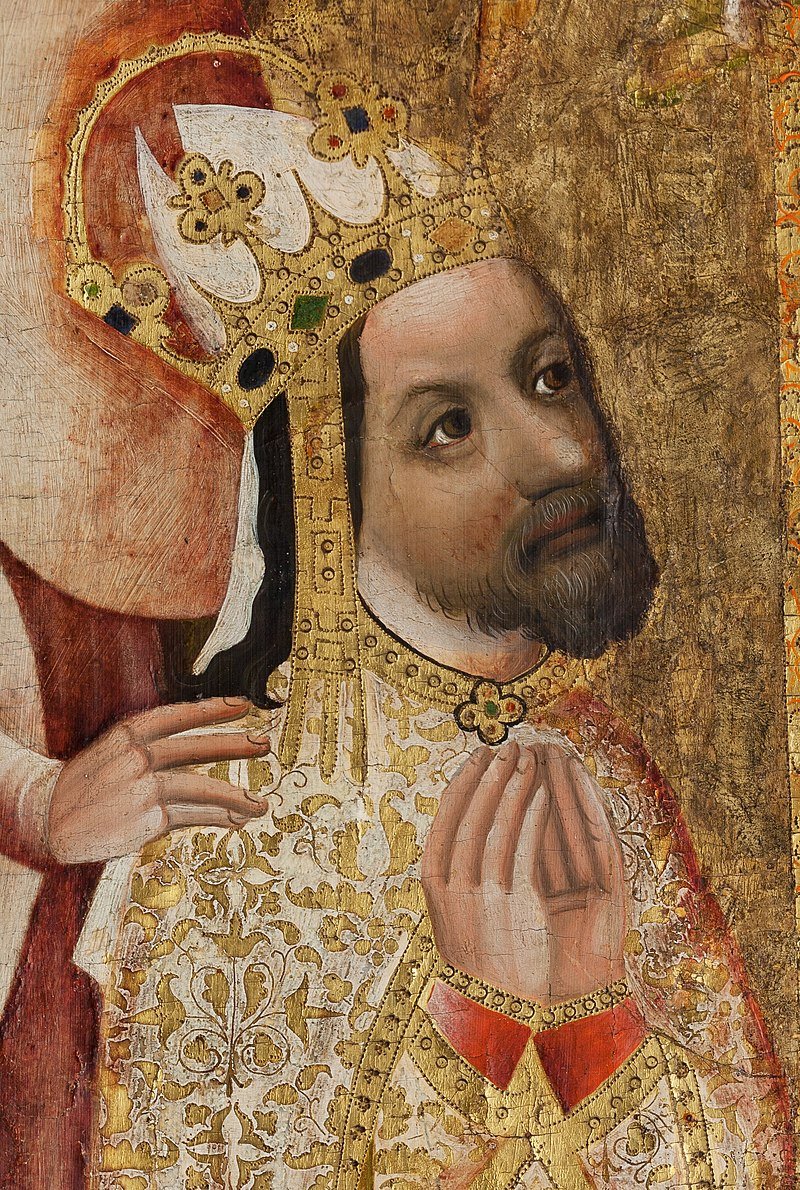 With the support of the Pope, he was elected as a rival King of the Romans in opposition to Louis IV, the Holy Roman Emperor, in 1346.

Then Louis IV died in 1347, paving the way for Charles to be fully recognised as King of the Romans, but his coronation was delayed by the Black Death, an outbreak of the bubonic plague which killed around half of Europe in the mid-14th century.

Despite his family name, Charles had had very little to do with the County of Luxembourg, so in 1353 he decided to give it to his brother Wenceslaus, and as a parting gift he elevated the territory to a Duchy.

Finally, in 1355 he was elected Holy Roman Emperor as Charles IV, and he ruled really quite successfully until his death in 1378.

The last Luxembourg to become Holy Roman Emperor, ironically enough, was not actually the ruler of the newly-created Duchy of Luxembourg.

Sigismund was the son of Charles IV by his fourth wife.

He racked up titles like there was no tomorrow. 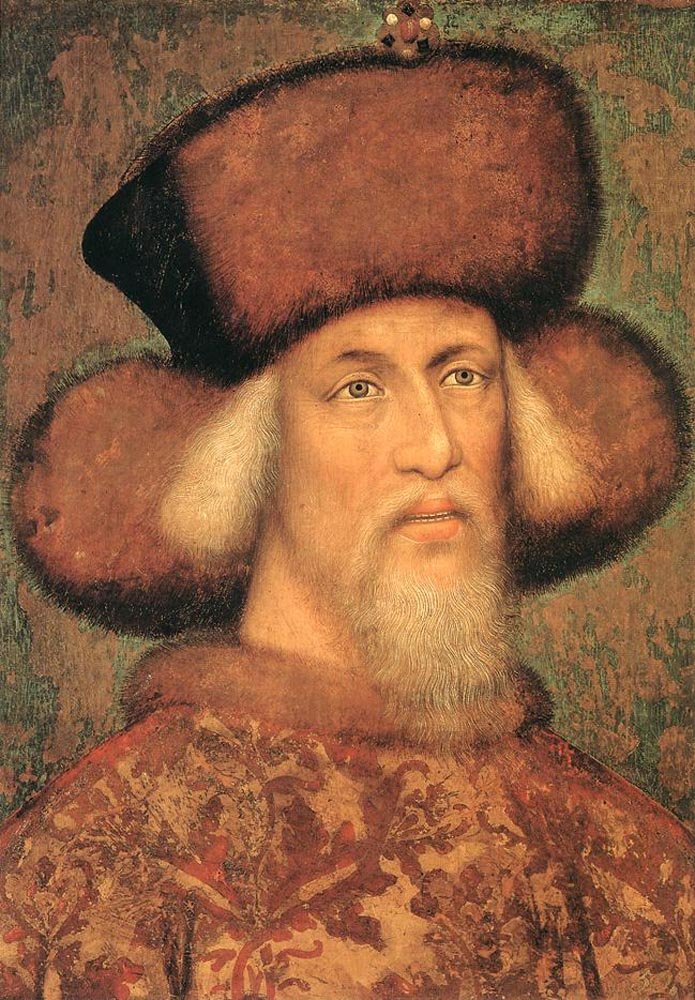 It would take him a long time to become Holy Roman Emperor, however, because there was a great dispute between various competing Popes, known as the Western Schism, from 1378 to 1417.

Sigismund was then busy in the 1410s and 1420s fighting basically anyone he could find across Europe, from Poles and Turks to Hussites, Venetians and French.

Finally in 1433 he got round to getting himself crowned Holy Roman Emperor, before dying, presumably of exhaustion, in 1437.

Rather remarkably, Sigismund and his brothers Wenceslaus and John of Gorlitz had no male heirs, and thus the male line of the House of Luxembourg became extinct in 1437.

The Luxembourg dynasty collapsed as quickly as it had risen, and the Luxembourgs would rule Europe no more.