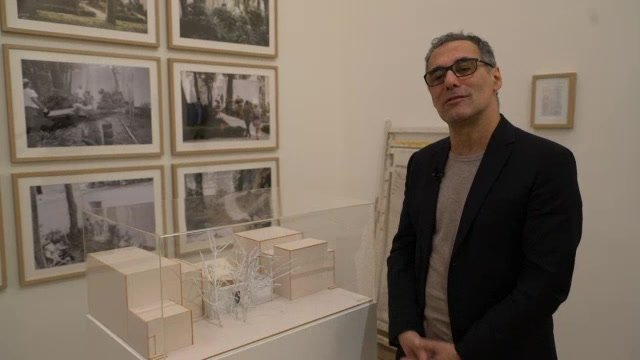 Bert Theis was a major Luxembourgish artist who will be remembered for his multifaceted artworks. Enrico Lunghi played a key role in bringing the exhibition to life.

The Luxembourgish artists passed away in 2016. Luxembourg's museum of modern art Mudam currently hosts a large exhibition of his artworks, offering a retrospective glance into the artist's life and creative mind.

For Theis, art had always been a means to tackle political, social and philosophical questions.

The exhibition "Building Philosophy – Cultivating Utopia" was curated by Enrico Lunghi and traces a 30-year-long period of Theis's career.

Before his death, Theis had already started to work on the exhibition together with Lunghi. After the artists had passed, Lungi finalised the exhibiton by himself. He tried to remain true to Theis's artistic essence so that the exhibition would reflect the artist's spirit as accurately as possible.

One section of the exhibition for example illustrates the conceptual importance of public spaces in Theis's oeuvre. His platforms and pavilions create immersive situations in which the beholder has to become an active component of the artwork.

Theis never also shied away from using art as a form of social critique. Especially in his early works, he created collages and posters to criticise capitalism and the vanity of consumer society.

Art, for Theis, was almost never just about aesthetic perfection but represented a politically-charged tool to fight for change.