There was big success at the Freeport Open Day, despite the lovely weather: at shortly after 3.00 pm, the organisers had already registered more than 1,500 visitors.

The visiting public covered an international range, as works by Banksy or Picasso "cannot be seen everyday in Luxembourg", said the CEO of Freeport Philippe Dauvergne. 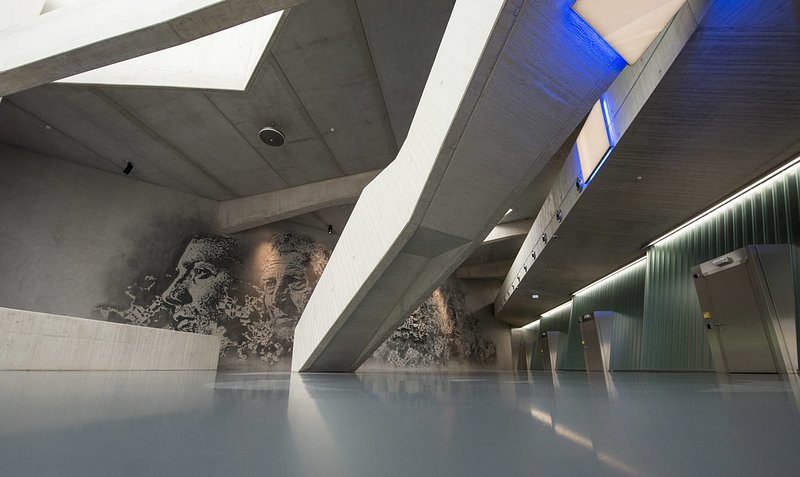 Following the debate on legality, Freeport now wants to focus on transparency. The question that arises is how transparent a bunker can ever be.

22,000 m2 provide a home for luxury goods, and from time to time some of them may be shown. As a result, Freeport needs to sit down and chat with its customers who rent/own those works of art and who is happy to display them.

A number of works that are usually in Freeports storage were on display - from canvases to photographs. Also present was a selection of works of art from Mudam and one from Galerie Ceysson & Bénétière, as well as works by Luxembourgish artists.

The exhibition was in the lobby of Freeport which was created by Portuguese street artist Alexandre Farto aka VHILS.