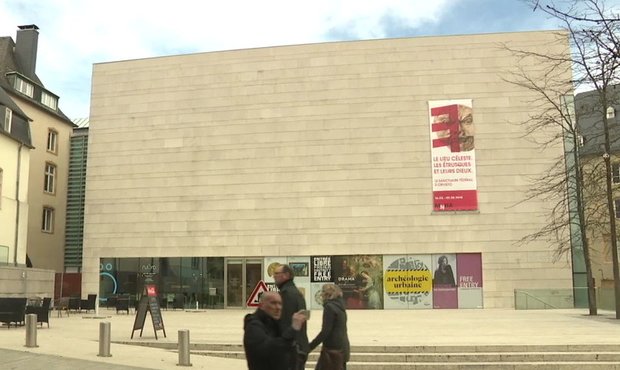 According to weekly newspaper Woxx, the police had to temporarily seize a collection stored in the National Museum Museum of History and Art (MNHA) as it belongs to an individual entangled in a dispute with justice.

Upon enquiry, the public prosecutor’s office confirmed on Friday morning that a police search did indeed take place on 14 February following a warrant request from the Belgian justice authorities.

In order for foreign justice authorities to be able to carry out a police search in the Grand Duchy, the request has to be submitted at the prosecutor’s office here in Luxembourg. In addition, certain criteria must be met, notably that the reasons a person has been charged abroad have to also be liable to prosecution in Luxembourg.

According to Woxx’s sources, the collection was brought to the museum in the mid-90’s for temporary storage. Woxx then requested the museum’s activity reports from 1997 and 1998 from the Ministry of Culture, which the latter was unable to provide. According to the ministry, archiving issues mean that the documents are currently unavailable.

The journalist in question later managed to find the reports on the online platform data.public.lu, albeit incomplete reports. Minister of Culture Sam Tanson responded to RTL's request for comment, confirming that the journalist will receive the reports once the archiving issues have been resolved. Tanson and the ministry were unaware that the online reports are incomplete, and will now rectify the issue as this was a mistake.

Finally, Tanson stressed that the 1997 report does not include details about the loan from 1996, as this was not common practice. This will, however, be revised for the next report and included in the 2019 one.

The reason this has thus far not been implemented is partly because many of the Luxembourgish benefactors of temporary objects wish to remain anonymous. There are supposedly an additional twenty or so foreign collectors who provide objects to the museum, the individual in question being one of them.

Hence, the immobilised collection is not a ‘silent’ one, as was pointed out by Woxx. Nonetheless, it will be interesting to find out more.