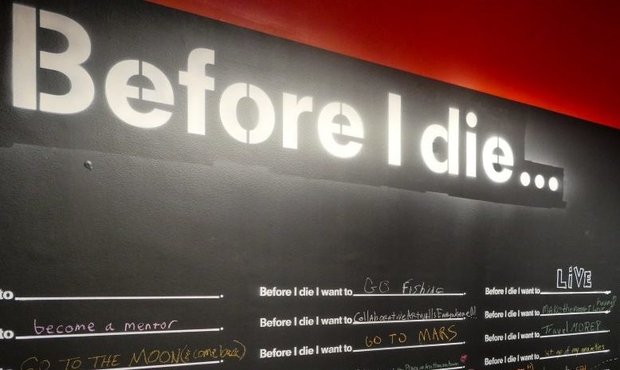 "Before I die, I want to...": This part of a sentence is written on over 4,000 blackboard walls in 78 countries for other people to complete. The latest wall installation has been put up at Luxembourg City's central train station.

„Ier ech stierwen, géif ech gären...“ ("Before I die, I want to..."), followed by little dots inviting passers-by to complete the sentence. The interactive art installation invites people to express their innermost wish regarding life, death, and everything in between in their own words. The Omega 90 association for palliative care partnered up with the Luxembourg train service (CFL) to bring the very public and yet very personal art project to Luxembourg City to mark the 10-year anniversary of the palliative care and euthanasia law.

The location gives the project the extra edge. What better moment to be reminded of your inescapable demise than while you dash to catch your bus or train? It is this unobtrusive placement in the middle of the hussle and bussle of everyday life, that makes the topic jump out at passers-by even more.

Death is something we all have in common. It is a part of life. We all know that, but actively thinking about it or talking about death is still a taboo. The head of Omega 90, Christine Dahm, is intent on making the topic more socially acceptable. She believes that even in the prime of their lives, people should think about it... Memento mori, because everybody dies at some point and life goes by so fast. 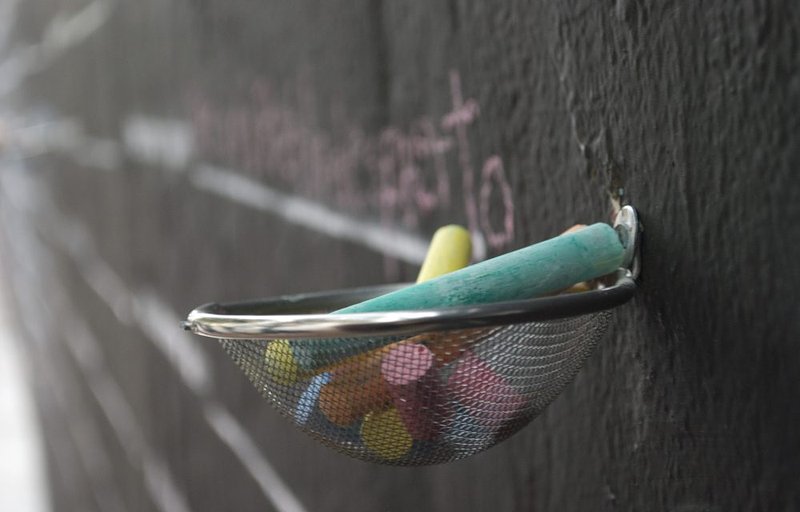 The Omega 90 association supports people in the last stages of their lives and is helping on many levels: It accompanies the dying and their family on their final journey together and helps loved ones in their grieving process after the person's passing. Omega 90 also trains staff in hospitals and care homes. Part of programme is organised via conventions with the Ministry of Family Affairs. Minister Corinne Cahen promotes palliative care closer to home and believes that about 40% of people in palliative care should be cared for at home. At the end of the day however, it is not about where you die but about who is with you when you pass.

If you would like to write something onto the slate yourself, you can find it at the central train station in Luxembourg City's Gare area, on the right hand side inside the glass annex. People's reflections are written with chalk and are be erased periodically to make space for new contributions. However, all reflections live on as they are documented and integrated into the wider art project later on.