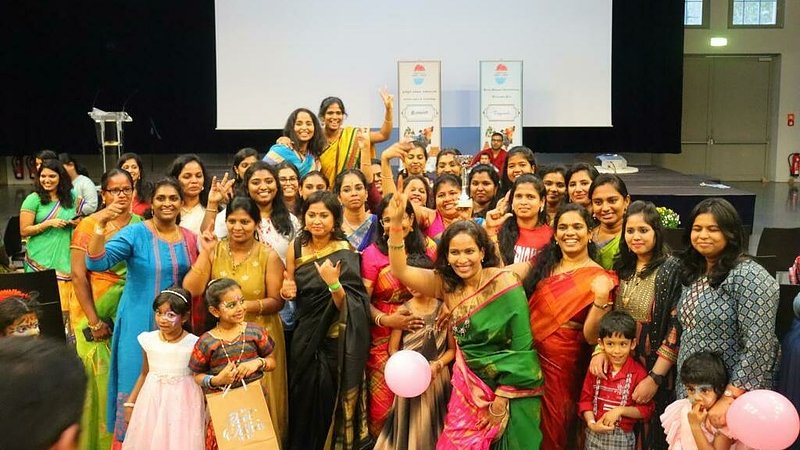 This is one of the flagship events hosted by the association each year besides celebrating Pongal (harvest festival) in January and Tamil New Year in April since its inception in 2017.

This year's event was planned with a theme of “Vaanga Palagalam” (Come, let’s embrace each other). This post Covid event, provided the opportunity for existing and new members to interact with each in a much more relaxed fashion. The event broke a number of records for TSL, starting from participation count that almost doubled compared to previous events to the number of activities hosted for adults and kids. 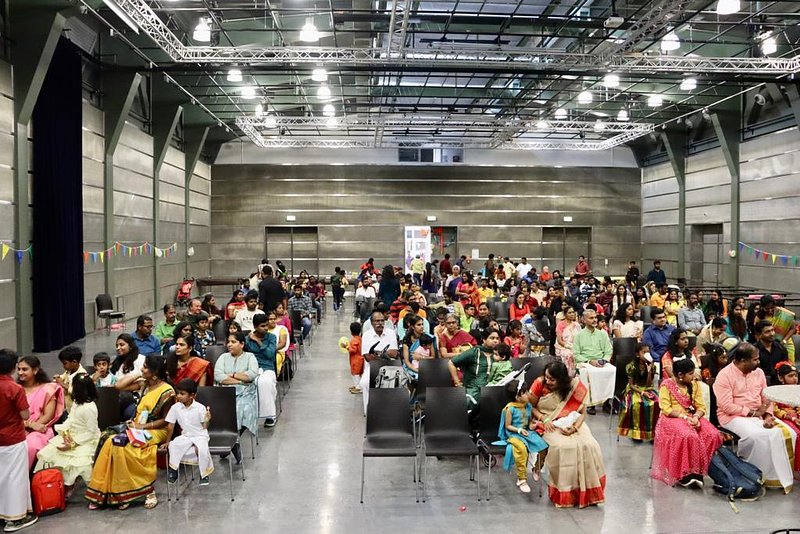 Guests started arriving in traditional attire from 11 am and were welcomed with a rangoli (an art form with different colors) in front of the hall. The event started at 11:30 am on Sunday with the state national anthem called “Tamil Thai vaazhthu” for which the participants stood up and paid respect.

It was fast followed by a prayer song by Miss. Nila and the lighting of the lamp (called as kuthu vilakku) to kick-start the event. Association President Mr. Vendan and Vice President Mr. Soundappan, invited chief guests from four other Indian associations (Malayalam, Telugu, Kannada, Marathi) on the stage and Ms. Daniela Clara MORARU, Deputy Secretary General of the CSV party, the local and international community.

She also represented the party president & Deputy Mayor of commune of Luxembourg and honored the event with her august presence. 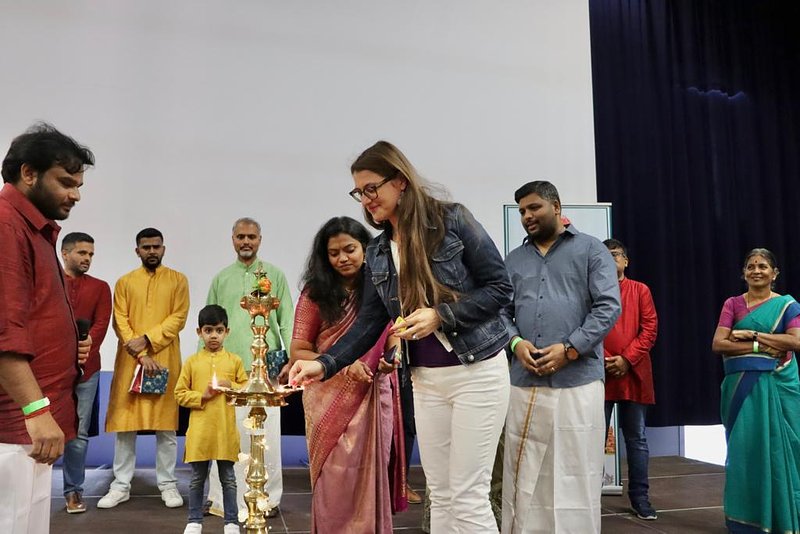 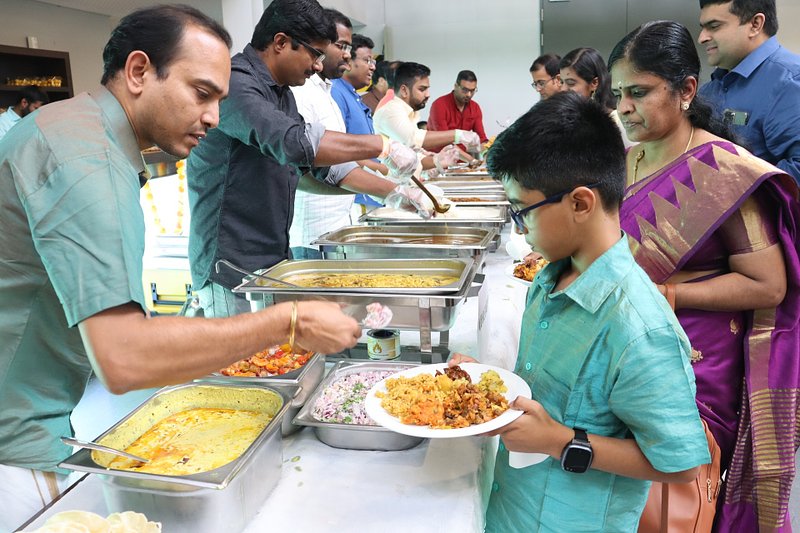 Post lunch, after briefly checking cricket scores for the T20 international World Cup match between India and South Africa, celebrations kicked off again in full swing. Dance and singing performances from adults were followed by various fun games including a tug of war between men and women, where women beat men 3-0 and won the trophy.

Kids activities such as face painting, drawing, among other games also continued in parallel. Around 6 pm, masala tea and a light snack (Chana dal vada) was served for all the guests marking the closure of the event at 19.30.

It was an eventful day and was definitely worth the effort for the organizing team. 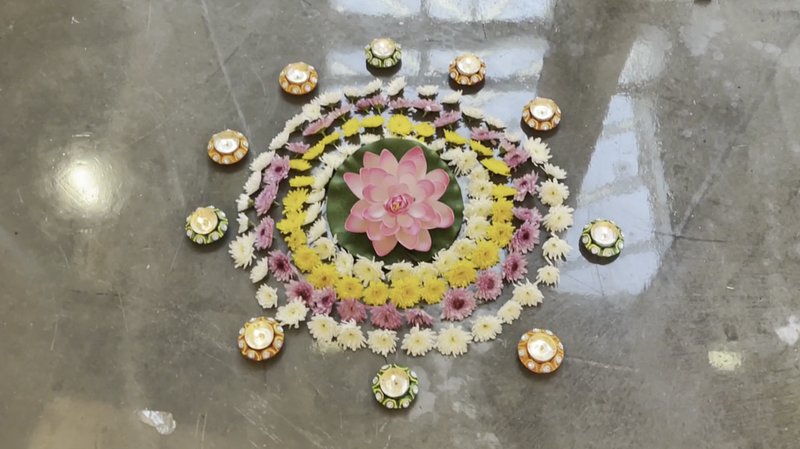 Many members appreciated the event with their feedback in the Association Members WhatsApp group. Some of them are listed below:

“Thanks for organising a nice event, we enjoyed the food and love meeting more people. Our kids had a great day and making new friends

Eagerly waiting for the next event update

“It was a fantabulous event, well organised. Kudos to the board members and volunteers. We had a good time today. Thanks for the big effort.”

“Thank you TSL for organizing such a nice event. It was wonderful to see each other after a longtime. Event venue, food and decorations were great! Bravo to all volunteer members

“Dedicated to all TSL Ladies!! Thanks again for all the people involved in organizing the event and make it a grand success!”

Active participation from members combined with growing Awareness & Interest in South Indian culture have made the event a huge success and we bid a huge vanakkam (Salute) and nandri (thanks) on behalf of all the participants.

We would like to sincerely thank all the participants, volunteers, caterer, venue provider and RTL Today for covering the event in Your voice section. Till we meet again for Pongal 2023 in January, wish you all a great holiday season and advance Christmas and new year wishes.

Tamil Sangam Luxembourg (TSL) was registered in 2018 to represent over 300 families from the state of Tamil Nadu in India who live in the Grand Duchy. It also includes some Luxembourgish members who are interested in the culture and language.