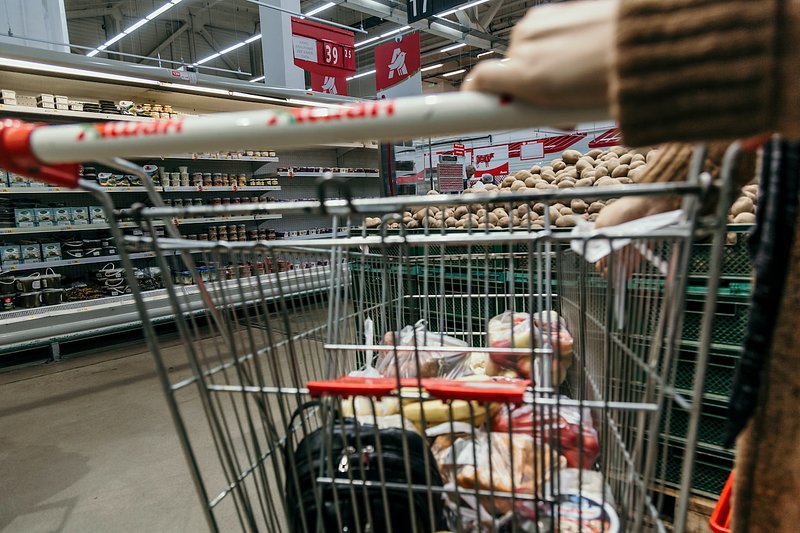 There are many major culture shocks that I have encountered upon crossing the pond to Europe from the US, and a few have gotten me into trouble already.

The Check-out line in the Grocery Store.

With only 5 things in my shopping cart (buggie?) I assumed that I could quickly roll through the quick checkout area of Auchan and be on my way, rather than waiting six people deep all with exceptionally full carts.

As I began to progress through the line, the woman in charge of the quick check out began to run toward me shouting in French.

Her drastic pointing led me to believe that I was not welcome with my cart in that line and I must wait in the long lines.

Meanwhile, a gentleman with about 25 things in his little handle held basket nudged past me with no consequence.

Before my husband and I purchased a car, we were often taking the bus at the earliest hours of the day to head to our 6:30am workout class.

Often, there would be no one on this bus and we would sit and chat and sip our coffee in the back. A lady entered the bus a few stops after ours and began staring us down.

She walked up to the driver and mumbled something, in response to which he then slammed on the brakes of the bus, turned around and shouted at us in what I assume was Luxembourgish.

We quickly put our coffees down and sat quietly in remorse, as we had absolutely no idea what we were in trouble for in the first place.

I had a big batch of boxes to discard after assembling a multitude of IKEA purchases, and was informed about the recycling center.

I loaded up box after box until I couldn’t see out the back window of the car and drove over to the center in Belair. I began to throw each cardboard box into the large compactor as a man screamed and ran towards me. He was waving his arms and shouting in Luxembourgish.

He pulled out the most recent box thrown in with the skinniest strip of styrofoam on the end. I was then reamed out, all boxes pulled out, and told to separate each bit.

Of course, I understood why, but it was the scolding that took me by surprise.

Weighing produce in the Grocery Store.

In the States, all produce is either pay by piece or the cashier weighs the produce for you as they scan your items.

Here, the first time I went shopping, I did not realize that I needed to weigh all the produce items before purchasing. The cashier was not happy that none of my items had tags on them, and started to shout questions at me in French.

I then asked politely if she spoke English. She then rolled her eyes and told me all produce had to be weighed prior to check out. Then proceeded to hold up the entire line and made me return to the produce section.

I could tell from the glares of those behind me that I had made a grave mistake.