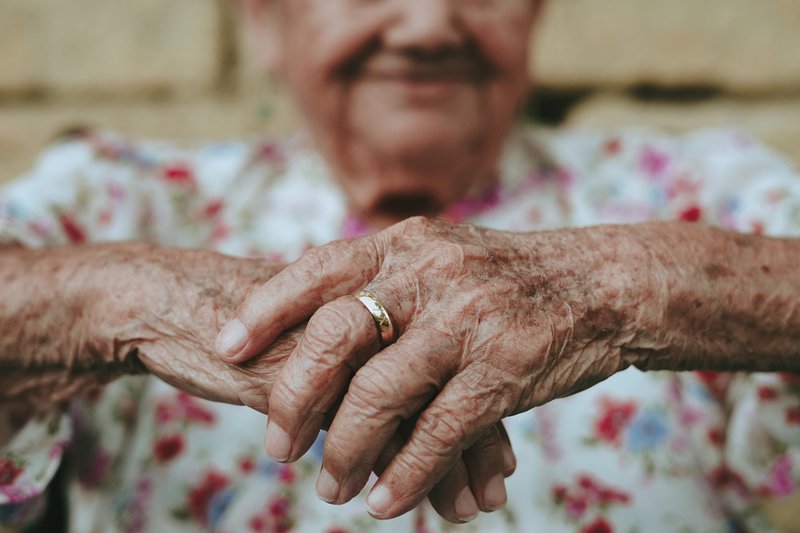 While driving through the Netherlands last week, I heard a rather strange thing on the radio.

It was a government campaign reminding people to send a card to an older neighbor or one's parents because, with everyone gone in summer, the elderly can get very lonely. We must be in big trouble.

Are we so wrapped up in our own world, so busy enjoying our holiday that we do not have any attention for the older people around us?

I'm afraid the answer is yes. And I fear it goes well beyond the holiday. Just look at how we take care of our senior citizens nowadays. It's pretty damn depressing and if you ask me, it will only get worse…

In Italy there is an increasing number of badantes, women, often from eastern Europe, who leave their own families behind to take care of seniors in need of (full time) care. These badantes live with the person they take care of so that the families of these seniors do not have to do it themselves. They may not speak Italian, but it's a practical, efficient and cheap solution, nonetheless.

An alternative that is also growing in popularity is that west-European elderlies are sent off by their kids to old folk homes in eastern Europe. Again, because it is so much cheaper. Never mind that they will only see their children and grandchildren once or twice a year. Or that they barely have any idea how their parents are being looked after. Let alone, speak the same language.

But who knows, the quality of care could be a lot better than in our own countries. I remember the place my grandmother was sent off to when she couldn’t live by herself anymore.

She moved into a home with the macabre name 'Pantha Rei', which means everything flows. In other words, ashes to ashes, dust to dust. Basically, it was a home to die in, not to be mistaken for a home to die for...

The house looked nice and the ladies who worked there were kind and meant well, but the problem is that the pressure in these homes is enormous. There is too little staff, with too little time to take care of too many people. They don’t have time to zoom in on every individual. So, needs are generalized. All inhabitants are treated the same.

That's why my grandmother, who was almost blind and a little deaf, but other than that still sound of mind, was treated like most of the others who were, in some cases, heavily demented. The caretakers talked as if everyone there was deaf, infantile and had suddenly become plural: 'DO WE FEEL LIKE TAKING ANOTHER BITY-BITE, MRS NAUTA? DO WE NEED TO GO PEEPEE, MRS. NAUTA?'

I remember my grandmother looking at me puzzled and scared, asking me: 'I don't belong here, do I? Why am I here?' I hated her being there and am convinced that it took so much quality out of her life that it made her let go of it sooner.

I may complain but I do not have the answer to how we should be taking care of our elderly either. We are faced with ever-increasing aging of the population and the financial implications of that. Pretty soon, we won't have a big enough workforce to fill the pension funds. Our youths are going to be presented with costs they might not be willing to pay.

But leaving our parents in the care of people that do not have the time or the ability to talk to them? Or treat them like little children? Or to be shipped off to a different country because it is the only affordable way? It's shameful.

This will be the reality for many and however grim this outlook may be, it’s better than another alternative that I've been hearing about…: a lethal pill that will end things once the old become too much of a burden on society.

In 1991 a member of the Dutch supreme court, Huib Drion, wrote an essay in which he stated that 'it would give older people such peace of mind if they had some way, a pill for example, to end their lives, whenever they would be ready to go'. This hypothetical pill was called the Drion pill from then on. But it is not so hypothetical anymore.

The discussions are a reality. It was a topic during the height of the pandemic: if there is one bed left in the ICU and two patients come in with the same need, but one is 75 and the other is 55, who should get the bed? Which life will be saved?

This may be different than offering a lethal pill, I realize that. But it’s a slippery slope. We are already discussing who gets the last bed. Or, in other words, whose life will be saved.

We have doctors deciding whether a person should be allowed euthanasia. We're already playing God right there. The next step is to give a lethal pill and let a person decide for themselves if and when they want to take it. Isn't it the same thing, just further down the slope?

It's grim, gloomy and utterly disconcerting and I have nothing to lighten the mood. My apologies for that. But maybe the mood shouldn't be lightened; perhaps feeling utterly depressed about it, is necessary to find a good way to take care of our beloved elders.