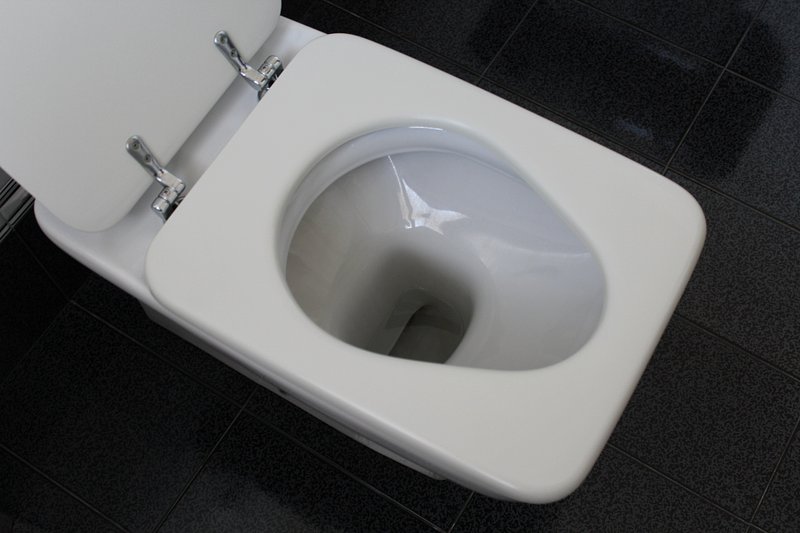 Loo with a view: the plateaued toilet lets you inspect your poop before flushing it down. / © PxHere

There's no shame in poking around the toilet bowl before you flush. In fact, it should be positively encouraged, writes Charlotte de Vreeze-Nauta.

I was reading about some of the weirdest things we all do in secret. One of those is to look in the toilet after we are done with number two. It is human nature. We can’t help ourselves and we love to see the results of our ‘work’ on the loo.

We all do it. Even if you are reading this and are thinking that you don’t, you know you’re just lying to yourself. Plus, it is a good thing to do it. There are health benefits to checking one’s dung.

But the thing is, in our Western society, it is becoming increasingly difficult to admire the fruits of your bowel movement. This has to do with the vast minority role that plateaued toilets play in comparison to the arrogant and omnipresent un-plateaued loos.

But first, I may need to explain what a plateaued toilet is. I asked an American friend what the English word for it was and she didn’t know; she had never seen one of those before coming to Europe.

To plateau or not to plateau

A plateaued toilet has a - surprise, surprise - plateau in it on which your faeces will land. Only when you flush, it will wash away down the waterfilled bottom of the pot. An un-plateaued loo doesn’t have this feature. It merely has the water in the bottom of the pot so your poo will land directly there.

There are advantages to this un-plateaued bowl. As your number two lands directly in the water, it doesn’t have the chance to give off quite as much smell as when it lands on the ‘observation point’.

Also, when men pee standing up, the risk of their urine ricocheting off the plateau and onto the toilet seat or the floor are much higher, than when they pee into the deeper un-plateaued pot.

It is in our nature to want to marvel at our makings.

These are reasons enough for most people to buy an un-plateaued loo. On average, only 5% - 7% of all toilets on offer have a plateau. Yes, I have looked it up.

So, you’d think that as the large majority buys the un-plateaued toilet bowl, this is the better buy.

As said, it is in our nature to want to marvel at our makings. This is a fact. I am not making this up. Whether it is a glorious moment, a moment of relief or just out of curiosity, our instinct wants us to ‘behold the heap’.

And the fact that that is increasingly difficult is just shit. Why? Because it is important to examine our excrement.

For one, finding lost ‘valuables’. I realize that this is not a daily activity, but many people have swallowed something in their life that they weren’t supposed to. It is only by scrutinous examination of the faeces that one might be able to recover the missing object.

My mother, for instance, poked through my poop twice. Once, because I had swallowed a button from my dress. As it was not a standard button and my mother is a perfectionist, she wanted that same button back to repair the dress. A second time she poked my poo was because I had swallowed a milk tooth and she wanted to have it as a keepsake. Super sweet, but maybe somewhat superfluous.

What is not superfluous though, is the medical reason to check one’s stool. Our gut health plays a big part in defining our overall health. And the best way to check gut health is by checking poop.

Traces of blood in your stool, for example. They can be innocent. Maybe you just pushed very hard because you ate too few fibres. Hard stool can lead to haemorrhoids and yeah, they can bleed. But it could also be something a lot less innocent, so if you do find blood in your number two, go get it checked.

And if your faeces are very dark, almost black, it could simply be the result of taking iron supplements or having eaten blackcurrants. But it could also mean that you have some internal bleeding going on. Again, a reason to call a doctor.

This checking of your stool could spare you from very serious health issues if detected and treated early enough.

However, the problem is that with today’s un-plateaued toilet bowls, there is no way that you can monitor your manure. How are you supposed to find blood or see the colour of your crap, if it has already sunken into the water at the bottom of the bowl, or has even been shot out of sight?

And for population research (the gut health check from 55 to 75), it also poses a problem. In order to home-test the quality of your intestines, you need access to your poop. If it has sunken to the bottom of the loo, it will be a bit of challenge to follow the instructions that come along with the home test. The only way to do that is on a potty or chamber pot. Here’s the thing though, the older you become, the more important this home test is. However, the older you become, the more difficult it is to squat down on a potty and get back up. How’s that for irony?

Ergo, you may not like it. You may not get excited about the stench or the extra needed cleaning. But for the sake of good health (and to admire your makings), get yourself a plateaued loo.